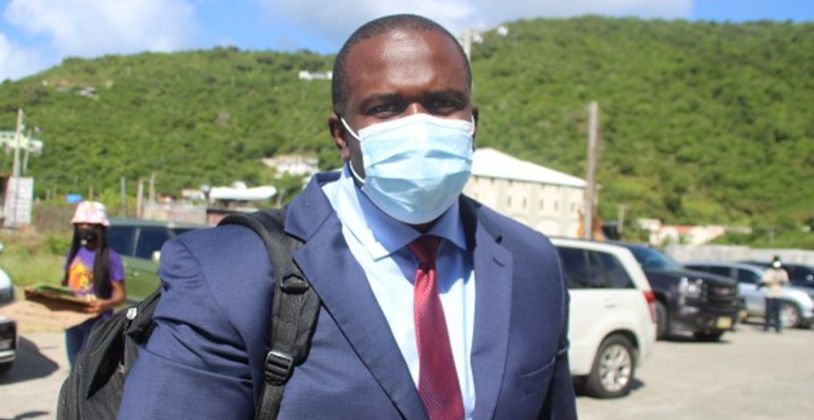 I Do Not Support Suspension Of The Constitution

While blaming the actions of Premier and Minister of Finance, Hon. Andrew Fahie for the United Kingdom (UK)-led Commission of Inquiry (CoI), Opposition Leader, Hon. Marlon Penn said he will not support the suspension of the territory's Constitution by the UK.

Sir Gary Hickinbottom is the sole Commissioner in the CoI was granted an extension until April, 2022 to submit his final report.

Already, there is widespread speculation that the report is likely to include a recommendation for the suspension of the territory’s Constitution.

Some persons have referenced the Turks and Caicos CoI that led to the U.K. Government’s suspending the parts of the Constitution that gave the Overseas Territory internal self-government, for an initial period of two years.

He stated that the reality is that the BVI should not pay for the actions of a few persons.

“We cannot in celebrating the history of H. Lavity Stoutt to allow all the advances of the last 50 plus years to be eroded because of the actions of a few persons,” Hon. Penn stated.

The Opposition Leader suggested an approach that would see remedial steps being taken to address shortcomings that would be included in the CoI’s final report.

“We have the capacity amongst the people; we have the capacity among the leadership and leadership will step us as they did in Lavity Stoutt’s time…leadership will step up; take the mantel so we can move the country forward address the issues and for us to build on the advancements we have made over the years. We should not as a country pay for the actions of a few. And persons who have made missteps will have to answer for their own missteps and their actions, but the country should not have to pay for that,” Hon. Penn stated.

During the radio programme, Hon. Penn pointed to the Premier calling the former National Democratic Party (NDP) corrupt and his constant back and forth in the media with the former Governor as partly responsible for how the Territory got to a CoI.

“Constant back and forth in terms of reading out letters written by him to the FCO; Letters to him by the Governor. Just an awful ugly display. Those are the actions that have brought the COI. It has cost us over $6M in legal fees. Untold amount in all the other fees that we have to pay. Monies that we needed in a pandemic; in a time when we have social and economic issues in our country you took$ 6M plus to spend on legal fees. How we got here it is important for us to understand and the actions that brought us to this point,” Hon. Penn stated.