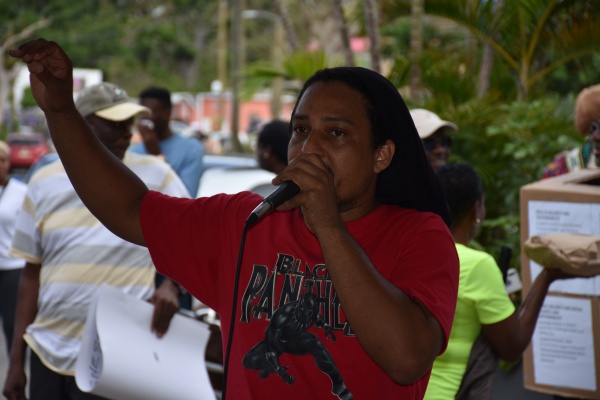 ‘I don’t know nothing about that’, says Heritage on Rosan lawsuit

The owner of Tola Radio, Floyd ‘Heritage’ Burnett, said he has no knowledge of a lawsuit reportedly brought against him by local media personality, Cindy Rosan.
Rosan indicated in a lengthy Facebook post on Wednesday that she was suing Heritage for what she described as constant attacks on her character. She said she filed the lawsuit against Burnett and Tola Radio for slander. Rosan further noted that a court bailiff has served Burnett notice since.

But when BVI News contacted Burnett about the document he was reportedly served, he said: “I don’t know nothing ’bout that [lawsuit], my brother,”

“I have not seen or spoken to Cindy Rosan since she was on a show and went on with all kinds of nastiness. I have not seen her since,” Burnett added.

And when further asked about the accusations Rosan made against him, Burnett stated: “Remember to say in all capital letters: I ain’t have no remarks for no situation with crazy people.”

Rosan has been known to threaten defamation lawsuits against people in the past. Just last November, she said she was bringing a lawsuit of defamation against Virgin Islands News Online (VINO) for an offensive cartoon.
#Facebook
Add Comment