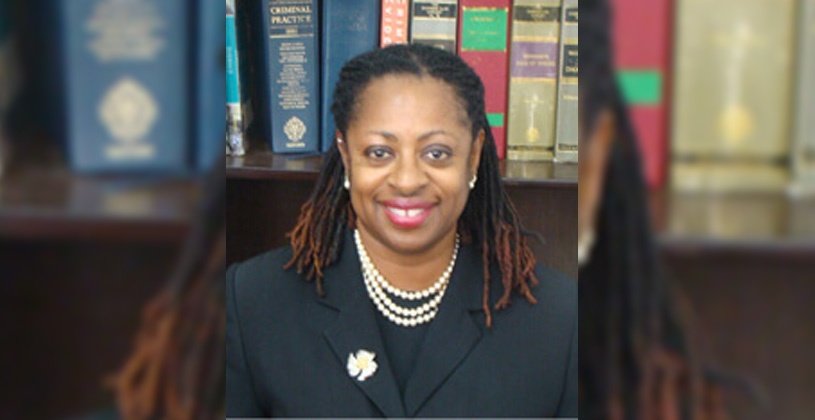 Another legislator has publicly expressed concern over the recent crazy two-year sentence handed down to Shamoii Dagou and.... additional 6 month if he is poor, for looting a television set following Hurricane Irma. Others also raised questions about Justice Ann-Marie Smith and the discretion, its conformity to judicial function, its dis-proportionality, opacity, convictions, and WTF was the real motive behind this crazy punishment

Speaking at the recent sitting of the House of Assembly in Road Town, Fourth District Representative Mark Vanterpool said the matter is not sitting well with him.

“I heard one member speaking about it in the House, and I am concerned about it too. I know the young man, and up until then he had an unblemished record.”
Vanterpool further noted that Dagou had big plans for his future.

“He tried to go to school to become a basketball player hoping one day to be in the NBA. Who knows? And I know a lot of us in here helped him, his family, we know his family, and regrettably he had to fall under that tyranny, and I don’t know if something can be done about it,” Vanterpool said.

While making it clear that looting is “wrong” and ought not happen, Vanterpool said: “Let’s be careful and look at how we deal with them when they do happen.”

The first legislator to publicly comment on the matter was Sixth District Representative Alvera Maduro-Caines.

Expressing concern at the situation, she said an assessment of the territory’s judicial system needs to be done.

“While I do not condone crime, I find the sentencing of that time to be a bit harsh considering there were other persons who were caught looting at the time and were given community service,” Maduro-Caines argued at the time.

She then questioned the reason why his matter was taken to the high court and not the magistrate’s court as other looters.

Dagou, a resident of Belle Vue, was sentenced by Justice Ann-Marie Smith to a total 26 months at Her Majesty’s Prison and ordered to pay the value of the television that in fact he never took,and.... additional 6 month if he is poor and cannot pay this ammount while he is in prison(!), by January 31, 2020. He will serve an additional six months in prison if he fails to pay.

In handing down her sentence, Justice Smith said the offence was aggravated by the fact that it happened immediately after the onslaught of the 2017 natural disasters.

The court had also pointed to the fact that the offender worked as a messenger for the RVIPF at the time of the offence.