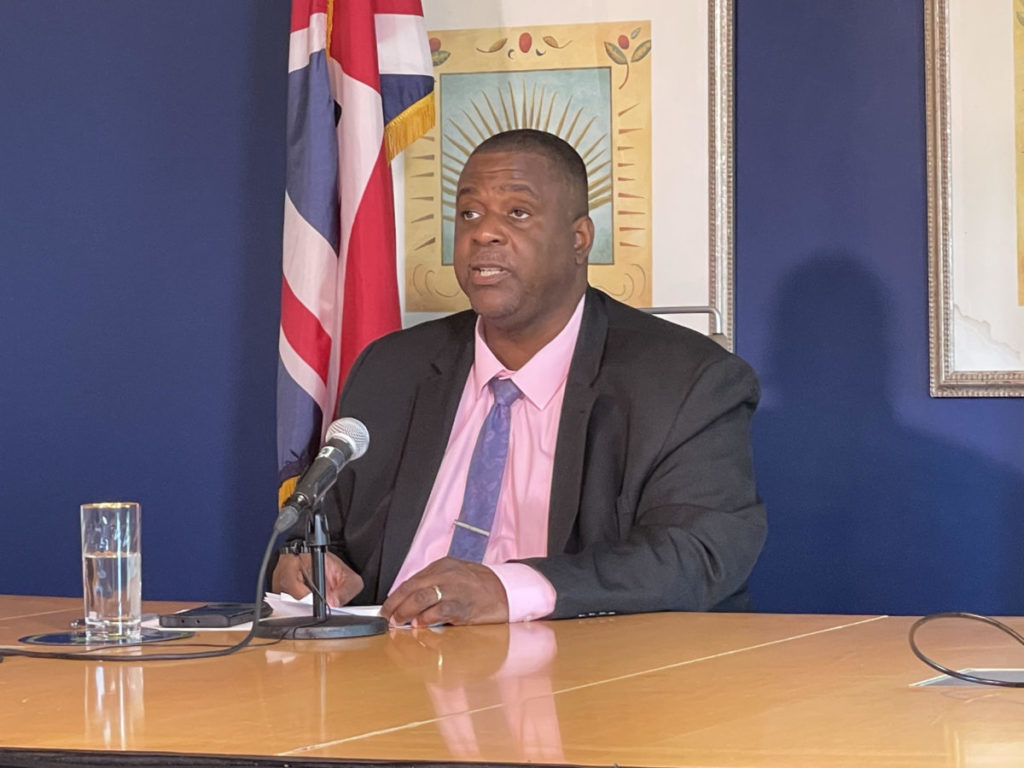 I’m no dictator! I unified the Opposition - Premier

Repeated accusations and concerns that his leadership style borders on dictatorship have been firmly refuted by Premier Andrew Fahie and have been met with the reassurance that this is far from the case.

Members of the parliamentary Opposition, while accusing the Premier of leading a dictatorship-styled government, recently suggested that they were willing to form a coalition government to unseat the Fahie-led administration.

But the Premier, while dismissing those claims at a recent press conference, revelled in his ability to bring the three-party Opposition in unison.

“I’m amazed to see the three of them have come together for at least something. So I’m not a dictator, I’m a unifier because I brought them together,” the Premier said.

The Premier further noted that the Opposition’s role in any country is to remove the government, but argued that it was his duty to prevent this from happening.

“I have never seen the aim of any opposition to be anything different to that. And the government’s role is to make sure that they show the people why they think that they deserve a second term or another term in office,” the Premier expressed.

The territory’s leader also commented that he does not live his life in a spirit of fear or in a manner that can be considered arrogant.

“You must understand that once you’re on the top, persons are going to be gunning for you but you must never take for granted the authority that God has given you through the people. And I’ve learned how to starve my distractions and feed my focus. If it is God’s will, it will happen. If it’s not God’s will, it will not happen. You can’t sit down and lie down in fear and that’s something I encourage everyone from young to old. Live your life fulfilling purpose and whatever plots and plans are being done against you. That’s up to them,” he shared.

Things starting to look up

According to Fahie, his government had been placed in office by the people during one of the most trying times in the world. However, he celebrated the fact that the BVI is now beginning to see its tourism product starting to blossom again.

Premier Fahie also listed a spate of projects that his government continues to be engaged in and has completed and noted the suite of good governance legislation passed by his administration; all testament to what he called ‘remaining laser-focused’.