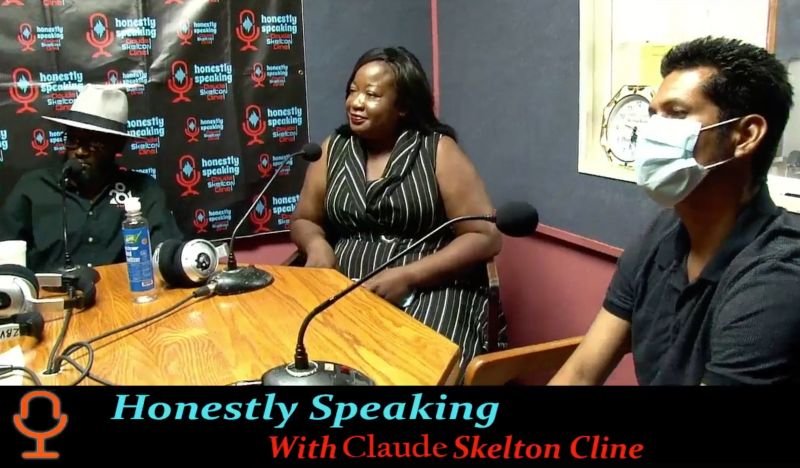 Japhix Television (JTV) Journalist, Ms Cathy O. Richards has recalled the perils of moving to the Virgin Islands from Guyana and encountering a culture shock over how locals would treat expat journalists plying their trade.

In a panel discussion with 'Honestly Speaking' radio moderator Mr Claude O. Skelton-Cline, along with Reuben J. A. Stoby of VINO and Ronn A. Grant of 284 News, Ms Richards detailed her shocking experience of receiving death threats in the early years of her career in the BVI.

She said the threats came mostly from local men.

Ms Richards noted that while she has grown tough in the industry, moving to the BVI as a journalist was definitely a culture shock, but she remains passionate about the job as the industry changes with social media and technology.

VINO's Stoby said he could not recall any instances of personal victimisation; however, he said compared to other places like his home country of Guyana, locals in the BVI are very reserved and often reluctant to speak to the media.

Meanwhile, Mr Grant of 284 Media, the only journalist on the panel from the Virgin Islands, says for him, practising journalism in the Territory and already being known in the community, means being held to a different standard.

"One of the challenges that I've found being a born and raised BVIslander, [is] because we are such a small knit community and because everyone is so aware of who you are and where you come from," he said persons would reach out to inquire about why he did a certain story.

"You find persons who feel as though because you are a born and raised Virgin Islander that you have some sort of a level or weigh-in and because of that you have to treat them differently," he said.

All the journalists on the panel shared their passion for the job with a consensus that each media house would approach stories differently, while at the same time offering a platform for Virgin Islanders to share their views.