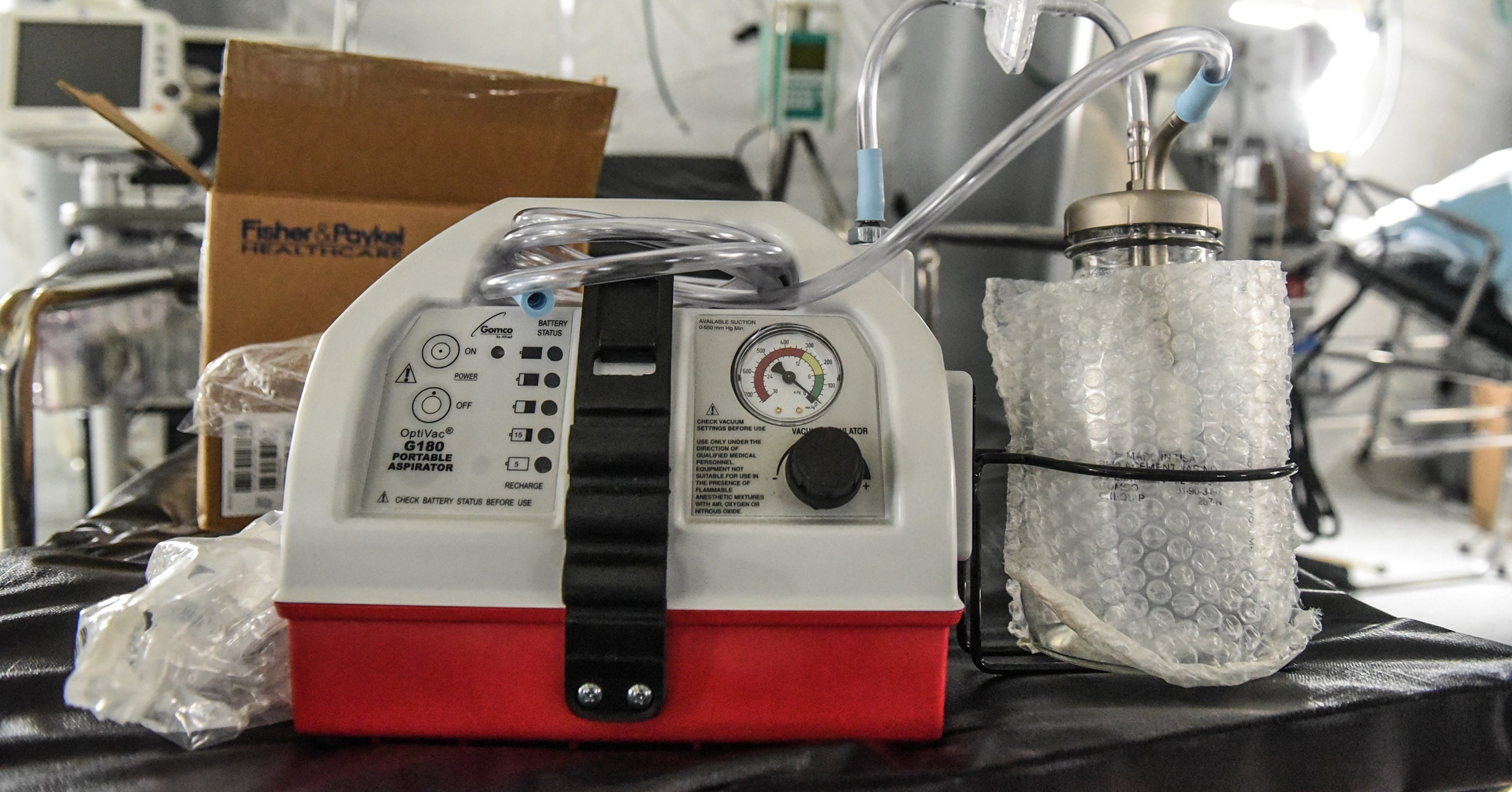 “I’ve Never Seen Anything Like This”: Doctors Without Enough Ventilators Are Being Told Whom To Save During The Coronavirus Pandemic

“I watched like three people die on Saturday - nothing we can do. Zero," one New York City doctor told BuzzFeed News.

At the top of the list for ventilators: patients with just one failing organ. And then there are the others. Doctors with patients who are unresponsive to standard measures, have severe burns, have irreversible low blood pressure, or any other condition that would result in immediate mortality are instructed not to put them on ventilators during the coronavirus pandemic.

As the coronavirus wreaks havoc across the nation, doctors who shoulder much of the crisis are left with devastating life or death decisions.

BuzzFeed News reviewed documents from a New York City public hospital in line with previous reporting from the New York Times that lay out “policy enhancements” for doctors at hospitals across the nation on how to prioritize helping patients who are sick because of COVID-19, the disease caused by the coronavirus, as medical supplies run low. At least one New York City public hospital sent specific guidelines for doctors on who should receive ventilators in light of the shortages — a harrowing task left to physicians on the front lines.

“I watched like three people die on Saturday - nothing we can do. Zero. You feel defeated,” one city doctor who works at a public hospital with similar guidelines told BuzzFeed News. “You feel drained.”

The doctor asked to remain anonymous, as they were afraid of losing their job should they be identified.

“There’s a list about six [types of] patients that do not get put on a vent. ‘It makes no sense, they’re going to die soon anyway, so let them die’ - like that’s the crazy thought process. This shit hurts,” they said.

During the coronavirus crisis, the steady tone of a heart monitor that signals health officials need to intervene immediately might go unanswered. Somehow that sound, which most of us recognize only from episodes of Grey’s Anatomy, is now the backdrop for health care officials navigating a hospital’s intensive care unit.

“Normally in the real world, you never let that happen so you never really see that. That’s how it was on Saturday. You saw the heart rate go down, the blood pressure go down, the oxygen go down and then everything just flatlines and stops. Literally, we looked at each other and said ‘what else can we do? Nothing,’” the doctor recalled.

“And then guess what? We’re so morbid. We’re so jaded. Guess what’s the first thing we think of [when a patient dies]? ‘Oh shit, we got a new ventilator, let’s get somebody on the ventilator!’”

Doctors, like the one interviewed by BuzzFeed News, are having to reckon with their decisions. Many times that reality only hits at home, when they’re alone, many of them quarantining from the rest of their family members. “When I went home, I was like, what the fuck? I ordered another patient to go on a ventilator when a man just died!”

New York City has become the epicenter of the pandemic. According to data compiled by Johns Hopkins University, there are 92,743 cases in New York state and 2,473 deaths at the time of this post, with many of them coming from New York City. The crisis is taking a toll on the city’s health care system, especially as it relates to ventilators and protective equipment for health care professionals. Ventilators, the doctor explained, are the safest way to assist patients with COVID-19, as other treatments create more aerosols and could contaminate the hospital.

And then there’s the pace at which the disease ravages each victim.

“Literally, I went out to the visiting area - because visitors aren’t allowed - to talk to the daughter. [The] mom is doing fine, her numbers are OK, we’re just going to watch her and we’re going to see,” they said. Within six minutes of the update, the doctor had to provide another update: “I had to intubate your mother.”

It happened a second time, to a different patient, on the same day.

“I go out to tell the husband ‘OK, everything looks good.’ I go back in, oxygen levels drop, we have to intubate her. ... The crazy thing is how fast people go down and die. Literally, like you walk out and go to the bathroom and pee and come back and you’re running around and your patient is dying.”

“The other day I felt defeated. The patient came in on a code. We looked at each other. The patient had to die. There was nothing we could do.” Any feelings of guilt were upended by the next patient to come through the doors when they had to tell EMS they had no ventilators. EMS said they had nowhere else to go. The patient died.

On March 26, New York Gov. Andrew Cuomo approved ventilator splitting, in which hospitals could use a single machine to treat two patients. But the idea is controversial and was condemned by several medical associations, calling the practice unsafe “because it cannot be done safely with current equipment.” The Trump administration, in an open letter Tuesday, called for hospitals to share ventilators with guidelines that the method should only be considered “as an absolute last result.”

New York City Health and Hospitals, which runs the city’s public hospitals, said it is not going to implement ventilator splitting. "We are not implementing ventilation triage. Our commitment is to ensure every patient is treated individually and receives the care they need,” spokesperson Christopher Miller told BuzzFeed News.

For doctors, the burden friends and family take on amid the crisis does not go unnoticed, some of whom unknowingly say goodbye to their loved ones the minute they bring them into the hospital. On March 18, the city suspended all hospital visiting hours except to those who are medically essential to the patient’s care or visiting a woman in labor or someone in an imminent end-of-life situation.

“You know what’s sad too from a provider's standpoint? You know what it is to bring - let’s say - your mom, your wife, your husband, a significant other to the ER, as soon as we take them we say, ‘you can’t come in.’ We come back, maybe two hours later to say they’re not doing well, we have to intubate them. And then maybe two, three weeks later [we] tell [them] they died and they did not see their family through that whole time because they can’t come in.”