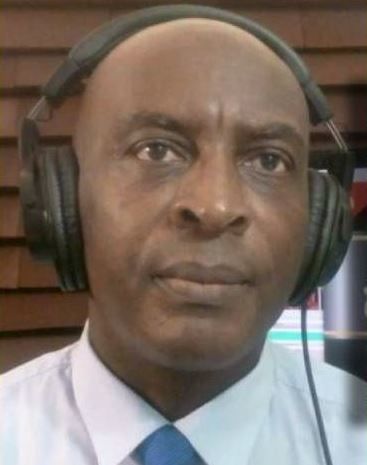 Immigrants, it's time to 'get the hell out!'

Not too long ago, a local Virgin Islands businessman was heard in a meeting of like-minds, which was broadcast live across social media, uttering blistering remarks about immigrants. The meeting was live without their knowing and the video went viral among immigrants. As you can imagine, his business declined dramatically as a result. He later offered his apology but to no avail.
It should also be noted that Arab businessmen within the territory are lamenting the fact that thousands of immigrants who were ardent supporters of their businesses have left the territory, which has partially crippled sales not only in their businesses, but in many other businesses across the territory.

Many locals and belongers are still incapable of appreciating the serious implications of these facts. It cannot be overlooked that the profound social, medical, educational, psychological, spiritual and economic value of immigrants cannot be taken for granted! Yet, rather than learning from past mistakes, the brazen disregard for immigrants continues. Some immigrants are either feeling confused or helpless, and in many cases, abused as a result of the increasing level of polarisation that exists within the VI.

Immigrants in the VI have no representation, and their suffering often go unnoticed as a result.

It should also be noted that the current happenings within the territory affect the immigrant community even more given the destabilising effect of such developments, especially among those who have invested a lifetime to make the territory their home. Currently, the greater part of two-thirds of the VI population being immigrants, is living in uncertainty. Yet, they stand to protect not only their own interests, but that of their local brothers and sisters as well. Sadly, this goes unnoticed.

Documented evidence shows that VI governments and like-minded locals continue to oppress immigrants with unfair taxes and remittance charges, astronomical rent hikes and service charges, and very soon immigrants will be required to pay twenty-five times more for business licenses as stated by the new Premier, to name a few. Many immigrants are currently grinning as they struggle to hold up under the pressure, and the only thing left to break the camel's back is a straw! Yet, governments and supporting parties continue to exploit immigrants via policies and biased actions, and immigrants are seemingly too afraid to stand in their own defense. It is very clear that strategies to disempower and displace immigrants kept showing up on the books, while the immigrants' pockets continue to reel in pain.

It is just a matter of time before these callous actions render the VI a very unattractive place for immigrants and visitors alike, which will not only destroy the local economy, but the social, medical, educational, infrastructural and psychological balance of the territory. Immigrants have no recourse in the VI which is fuelling the escalation of discrimination, bias and division. The painful thing is, locals and belongers see nothing wrong with this! To add insult to injury, locals complain that immigrants are not standing with them in the current fight. The question is, are locals aware of this situation they have created to divide the community while they continue to make the immigrants' life a living hell?

This insensitive approach has become a matter of serious concern among immigrants and their relatives worldwide, compounded by the embarrassing sentiments emerging out of local circles which are echoed across the territory and the world. This has caused many to step back in serious bewilderment as to whether locals are acting out of ignorance, or is it that they are simply a wicked people. Many are now contemplating whether the greatest enemy of the VI is its own people! Have locals purposed in their own minds to destroy their own territory?

True and lasting development can only happen where there is equity and just action. Not where immigrants and their children are treated like second-class citizens, and denied the right to function normally like any other man or woman within the territory. This is not only biased, it is exploitation!

In light of these facts, why would immigrants continue to toil endlessly only to be insulted because their value is never appreciated? And, why would immigrants give their all for very little knowing that their contribution to the VI will never be respected? The time has come for serious assessment.

Immigrants, locals have been telling you to "get the hell out" for a long time, yet you keep ignoring the insults. Do you need greater devastation than hurricane Irma to get you out? This time, your demise will be fatal, and entirely your fault! Listen to the locals! Protect yourself and your family! Pack your bags and "GET THE HELL OUT!" The worst is yet to come! Belonger status is of little value given that whatever you do, "YOU ARE NOT FROM HERE!!! Get the hell out, find a place to replant yourself to save yourselves!
Add Comment