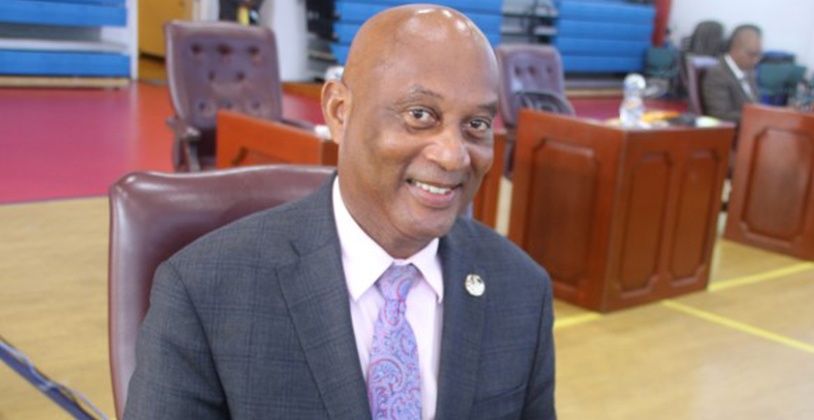 Opposition Member and Third District Representative, Hon. Julian Fraser believes that the bill to give the Chief Immigration Officer sweeping powers as it relates to handling illegal entry is laughable.

While explaining the objects and reasons, Hon. Wheatley said in this COVID-19 era; illegal entry poses a new threat to residents where these persons can bring the virus into the territory.

He said court proceedings would normally take a long period of time, and is costly, especially in this pandemic, a cost that has to be absorbed by the government, which is not adequately offset by the fines imposed by the court in most instances.

He said it is the hope that it deters persons from coming in illegally, and the territory would be able to recoup some of those funds.
He said the recommendations to increase fines and penalties from $1,000 and 12 months imprisonment, to $100,000 and 10 years imprisonment, the territory will surpass all other overseas territories, but it would set the tone for non-compliance.

Hon. Fraser was not impressed with the changes to the bill.

The opposition member said the bill is a joke.

"What we are doing with this looks good on paper, but it is a joke! Nothing is going to change Mr. Speaker, nothing! And God in heaven knows a lot is going on out there," the opposition member lamented.

He said the Chief Immigration Officer and the department would benefit from these types of powers as “Currently the department depends heavily on the legal system to administer any charges and fines which often is a lengthy process and costs the government daily.”

Notably, the Minister said, the Immigration Chief would be able to issue warnings instead of penalties where necessary.

“This type of discretion is important as it would allow for persons who may accidentally veer into the BVI waters or enter as a visitor without proper knowledge and procedures to be given a warning and released. This would be an alternative to detaining these persons and awaiting court proceedings, thus increasing the financial burden and loss of time by all concerned," the minister explained.

More On The Bill

Minister Wheatley said notable changes to the Bill would be seen in Clause Two which would amend section 23 and 5 of the Principal Act by increasing the terms and years of imprisonment. Clause Three would amend section 23. 2B of the Principal Act to provide for the period for which an Immigration Officer may grant to any person leave to remain in the territory and when such person does not produce a permit for a period not exceeding six months to a period not exceeding ten months.

Minister Wheatley said the fourth clause would amend section 47.2 of the Principal Act, to provide for any person who commits an offence under the section or who contravenes any regulation shall be liable upon summary conviction to a fine not exceeding $100,000.

Clause Five provides for the insertion of section 49.A to 49.F, to provide for an administrative penalty regime to allow for immigration officers for the purposes of the Act to impose administrative penalties for sections 49.A to 49. B and importantly, to grant the Chief Immigration Officer powers to compound an offence where persons act in contravention of this Act, or of any regulations made under this Act, subject to the maximum penalty that the court may impose for the offence.