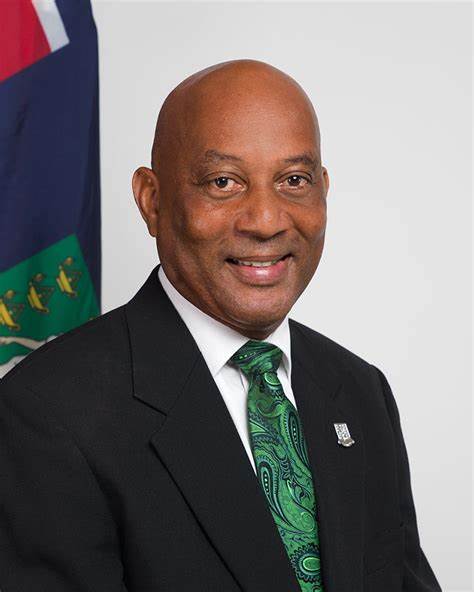 Labour and Immigration Minister Vincent Wheatley has refuted recent claims which suggest that the Immigration Department gave instructions that resulted in the separation of a mother and her child.

In a statement issued on Friday June 18, the Minister vividly explained the details involving the case and said his ministry went above and beyond to assist the woman in question.

“Firstly, I would like to make it abundantly clear that at no time did the Immigration Department give any instructions or demands that would have resulted in the separation of this individual from their infant child as has been widely broadcasted. However, I will endeavour to give the facts of the case so that clarity can be brought to you, the public,” he stated.

The minister said the woman was in the process of switching jobs during the pandemic in July 2020, but it was ultimately the new employer’s non-compliance with the requested requirements from the Department of Labour that resulted in her having to briefly leave the territory to return.

Wheatley pointed to a number of instances where the Immigration Department went above and beyond to facilitate the woman’s requests to have her remain in the territory without having to depart.

This included the approval of a Conditional Permit which was approved by the Chief Immigration Officer (CIO) after she initially did not qualify for such a permit.

“However, after further assessment by the department of the individual’s case and the ongoing pandemic, the Chief Immigration Officer utilised his discretion as per Section 31 (2A) of the Act and approve the issuance of a Conditional Permit to the individual on 11th August, 2020 for a period of three months, as is the customary issue time,” he further explained.

Wheatley said that after the Conditional Permit was approved to allow for the transitioning into the new job, several discrepancies were found from the employee and employer that were never rectified.

“During the three-month period, it is expected that an individual would undergo the change of employer work permit processing with the Department of Labour and Workforce Development and subsequently return to the Immigration Department to complete the work permit process. However, the individual and the prospective employer were unable to meet a number of very important requirements of the Labour Code 2010 as stipulated by the Department of Labour and Workforce Development. This resulted in the denial of the work permit in late November of 2020, by which time, the issued Conditional Permit had lapsed,” he stated.

He added, “The individual, after receiving information on the denial of the work permit had not presented herself to the Immigration Department until 23rd February, 2021, three months after the issued Conditional Permit had lapsed. During an interview held on that date, the individual was informed that they had been overstaying in the Territory and the full ramifications for such an offense was shared. Subsequently, the individual was asked to surrender her travel documents, to which she complied. The individual was then asked to acquire a ticket to depart the territory as she had surpassed the usually allotted time for any reasonable extensions to the Conditional Permit to be issued,” he further stated.

Wheatley, who is the Ninth District Representative also said that additional measures were taken by the Chief Immigration Officer to find a possible solution despite the expired Conditional Permit.

However, after the CIO ordered a further assessment to be carried out with the employer and the woman in question, it was highlighted that there was continued noncompliance with the Department of Labour and Workforce Developments requirements. This resulted in maintaining the decision to deny the work permit.

He said, “It was agreed that the matter was beyond repair and the individual was informed that they would have to depart the territory, as it was clear that no further effort was made by the employer to rectify the matter.”

The minister also said that the Immigration Department went above and beyond to furnish the infant child the necessary documents that would allow both mother and child to depart the territory together.

However, the woman departed the BVI without the infant on May 30, 2021, and returned on 9 June, 2021 with a new clearance for employment with the previously proposed employer.

“It would be remiss of me to not mention again that the separation of the infant from its parent was not the fault nor a directive of the Immigration Department, but rather a decision made by the parent when confronted with a choice related to their travel capabilities,” the minister stated.

Wheatley applauded the Chief Immigration Officer and his department for their exceptional work in assisting with the aforementioned case.