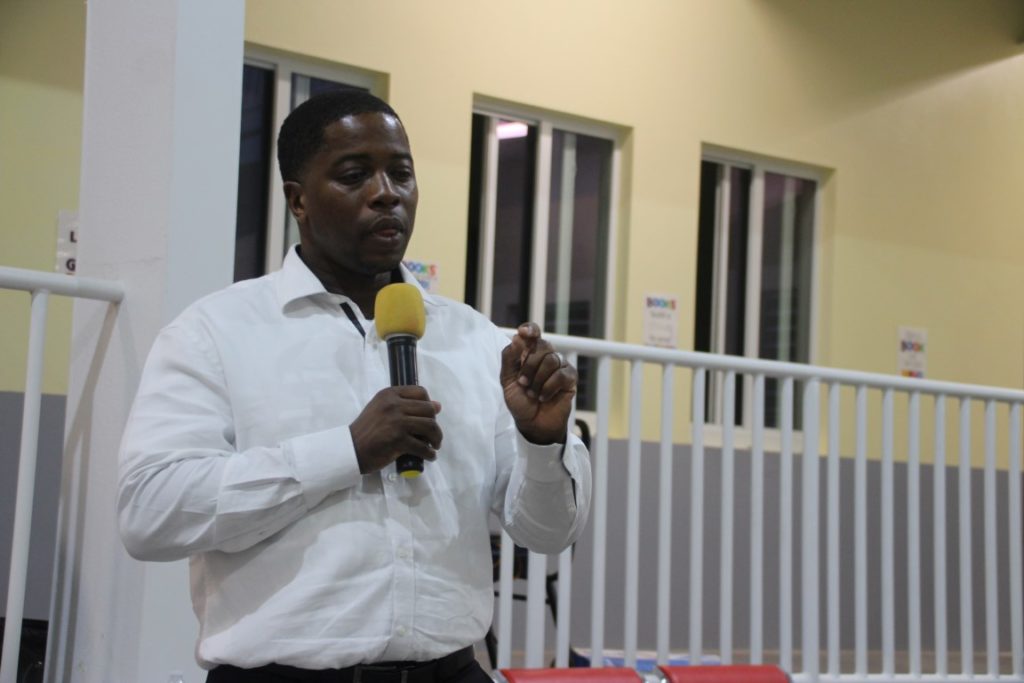 -Since the recent incident in which a teacher was exposed for allegedly forcing a student to gargle a liquid cleaning detergent, more and more reports of educators mistreating students are coming to light, Second District Representative Melvin ‘Mitch’ Turnbull has said.

Turnbull gave that indication during a community meeting for Spooner’s Estate residents on Tuesday night.

He said: “There have been some issues overall territory-wide surrounding education. There is the issue with the teacher with the alleged detergent thing [and] there are more stories coming out of different schools now about gross ills done with our students.”

Turnbull did not go into details due to what he described as the ‘sensitive nature of the incidents’ and also because investigations are ongoing.

However, the district representative -whose constituency the reported detergent incident took place -said: “That is something that we have to pay attention to, and we can’t just sweep things under the rug anymore.”

Turnbull further said: “We have to hold teachers, the system, the education department, the ministry and the government responsible because they are the ones responsible for our children.”

There was public outcry following reports of the liquid detergent incident.

Dr Wheatley said since the reported incident, he has spoken to the school principal, the teacher in question and the mother of the student involved.

“We at the ministry recognise that, certainly, something did take place,” Dr Wheatley said.

He further said the matter would be reported to the Teaching Service Commission and an investigation launched.