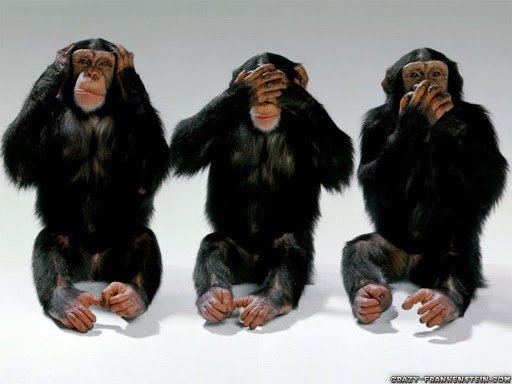 New experts hired to “assist” Police in BVI Airways investigation (or cover up?)

Governor Augustus Jaspert has announced that "experts" have been hired to conduct “further investigations” (thereby delaying the criminal investigation) into the fake $7.2 million agreement between the previous National Democratic Party government and the defunct airline, BVI Airways. Why does BVI need another expert investigation, after the first one already found clear evidence of corruption ??? And what will happened if the Governor will not like also that second opinion?

It is not yet clear how transparent the whole investigation process will be, if at all as the Govronot puts it on hold. Nor if it will finally lead to criminal charges and civil law suits to get back the money from Dr. D. Orlando Smith and Neil Smith who are personally responsible for the missing money.

Or perhaps it's just the common trick of hiring a cover-up consultancy firm to repeatedly delay and eventually bury the case with the stamp of "respectability" from one of those traditional big firms that are typically hired to facilitate corrupt projects and money-laundering operations worldwide.

However, these "experts" have been hired to “assist” (i.e., to put on hold and delay) the criminal investigation that are being (theoretically) conducted by the Royal Virgin Islands Police Force. It is not clear who are the experts, what is their commitment to BVI, nor if there are existing links to the people who should be under investigation. The only thing we know is that there was a bribe - a big one - and that the Governor has hidden this explosive report from BVI Government and Police for no real and valid reason.

But we do not blame Governor Augustus Jaspert, as he was appointed (not elected) to serve a foreign interest, rather than the BVI people’s interest. So there is no blame on him, as there is no evidence that he was part of the bribe-chain (probably not), or only was tasked by the British to protect and cover-up Orlando Smith and Co. side-businesses.

Hiding their names from the public doesn't smell good, and is against the principle that "Sunlight is said to be the best of disinfectants".

Using the word "experts" cannot pay back to BVI the missing millions of dollars that the criminals who facilitated this deal put into their own pockets. The whole process must be transparent and public. In the wake of BLM, no one should blindly trust authorities that are traditionally part of the problem despite being paid for providing the solution.

“I was pleased to support the Commissioner’s request to appoint independent financial investigation experts to set the wheels in motion for the investigation and I am grateful to members of the National Security Council for agreeing to the funding,” the Governor said in a statement Tuesday afternoon.

“Once his investigation has concluded, further investigations can commence, including in relation to any potential breach of rules and regulations by public officers. The Deputy Governor will lead on that work,” he added.

This announcement follows the release of the Auditor General’s report on the BVI Airways Flights to Miami.

Governor Jaspert said the findings of the report has shown that many flaws exist in the government’s system of accountability.

He said: “Notwithstanding the accountability procedural measures mentioned in the Financial Management Act, its supporting regulations, the reporting processes that are in place for projects of this nature, we now need to determine how have the current systems and practices enabled this to happen?”

“I believe that this and previous audit reports show that there are fundamental deficiencies in our systems, practices and procedures which are designed to protect public finances and ensure proper project management,” he added.

Commitment to Transparency and Good Governance

The Governor also reaffirmed his "commitment" to good governance, transparency and accountability within the Territory, and said that he will be meeting with Premier Andrew Fahie and other members of government to correct the existing gaps within the system.

“I will be following up with the Honourable Minister of Finance and all of Cabinet to ensure that the systems are improved to address issues raised in this and earlier reports to ensure that new, tighter practices are adopted to further ensure full accountability and transparency for Government funds. This should not be able to happen again,” he stated.

“We need to stand up for them and ensure high standards are upheld and are improved upon. This report, and others before, have proven that there is room for improvement. Let’s seize the opportunity and deliver a positive outcome from it,” Governor Jaspert further said.

The Auditor General’s report has suggested that a number of negligent acts from government heads involved in the BVI Airways deal contributed to many of the decisions that resulted in taxpayers losing $7.2 million in the project.

Let us be clear on this: there is no reason to suspect that anybody involved in the investigation will do any wrong. However - in such high profile case$$$ it is common to corrupt the process - by finding it's weakest link -  behind the back of all the good and honest people who will surely do their best to investigate the case with 100% integrity. As with any other corruption case, it's not the mouse who steals the cheese, but the hole.