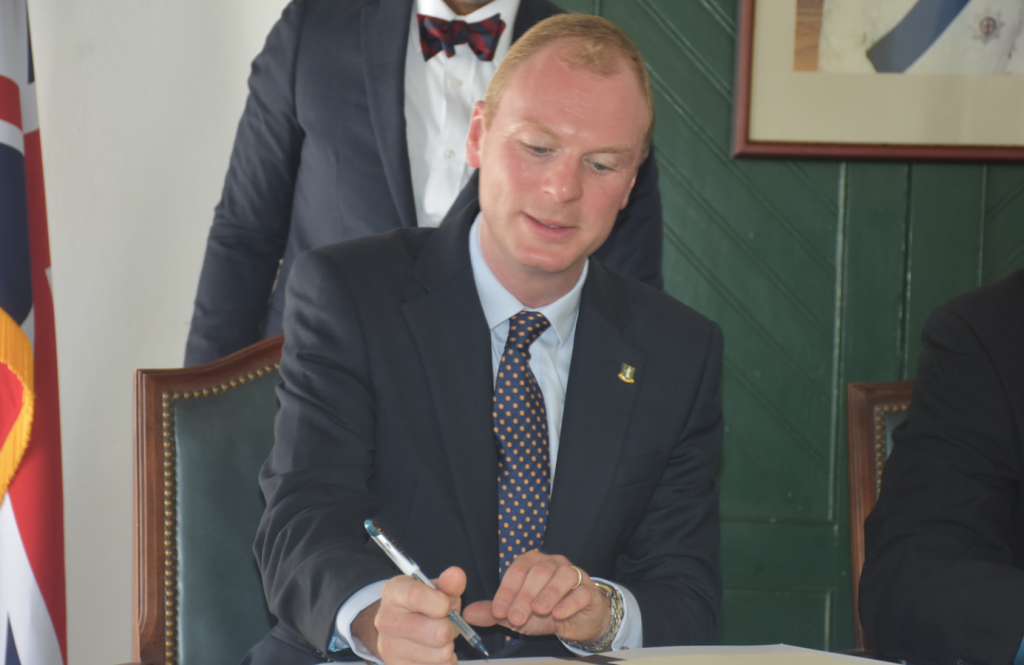 As government reports having interested parties ready to receive the BVI’s medical marijuana products, some news organisations internationally are beginning to notice that the territory’s Cannabis Licensing Act is still awaiting assent from Governor Augustus Jaspert after several months.

The Cannabis Licensing Act sets the framework for the establishment of a medical marijuana industry in the BVI.

News media such as the Cannabis Wire in New York are among those that have taken note. So too has the Marijuana Business Daily (MJBizDaily) — a publication for professionals in the recreational and medical cannabis industry in the United States. Some 15 states in that country have already legalised the weed.

MJBizDaily picked up on the governor’s latest response to questions on why he hasn’t yet assented the legislation which the House of Assembly approved in July.

“On the marijuana one (legislation) — that is something I am considering very carefully, as you would expect. You’d also understand that anything that I am discussing, I do first with Cabinet prior to here (in a public forum),” Governor Jaspert said in a media conference last Thursday, December 3.

He was then asked to say what was causing the delay in granting assent. The governor did not give a direct response.

Jaspert, who is expected to demit office some time next month, was also asked whether he plans to assent the bill before he leaves the BVI. But, again, he did not give a direct response.

“These bills are new, novel, and unprecedented bills,” he reasoned. “Its completely right, and I would not be doing my duty if I didn’t consider them fully. My duty is to consider those [and] that’s what I’m doing.”

Premier Andrew Fahie has described the delay for assent as “unnecessary and unsubstantiated”. He also said the BVI is losing significant revenue as it waits for the governor’s proverbial stamp of approval.