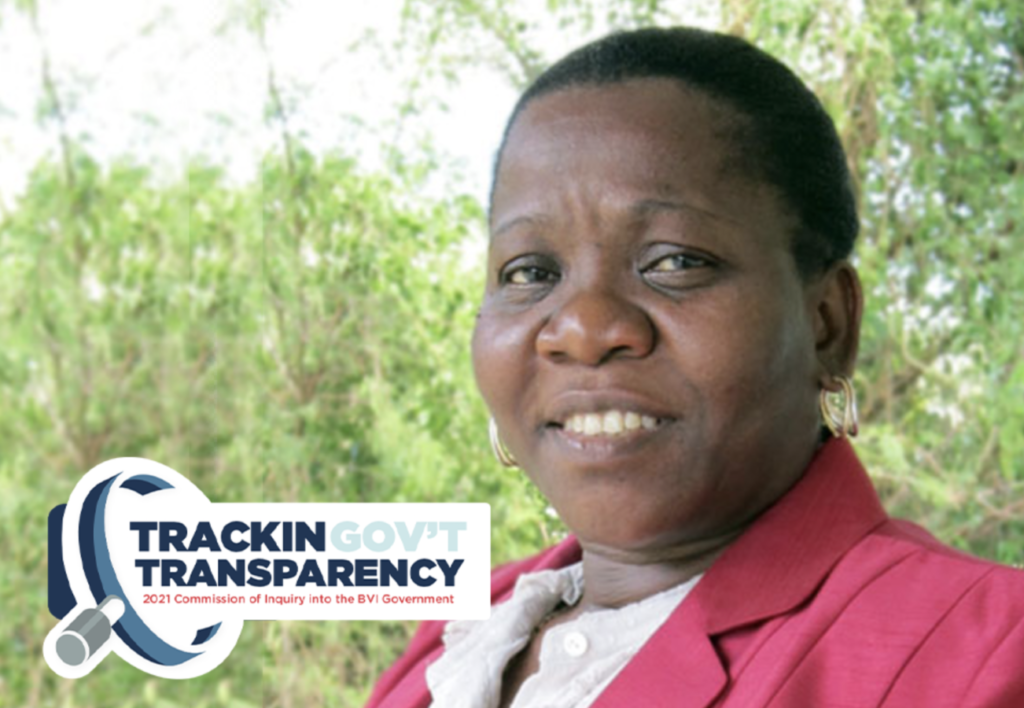 A cloud of mystery continues to enshroud details of the contract between the Virgin Islands Party government and Claude Skelton Cline’s company, Grace Consulting.

Doubts were further raised about the contract’s legitimacy when it was revealed that a Certificate of Good Standing, required on or before the date the consultant’s contract was entered into, was only dated the day after the contract.

The questions surrounding the clergyman’s contract were posed to Permanent Secretary in the Premier’s Office, Dr Carolyn O’Neal Morton, when she appeared before the Commission of Inquiry (COI) recently.

Dr O’Neal Morton told the COI she was unable to assist with the glaring discrepancy as she had only recently been seconded to the Premier’s Office and was not involved in the initial interactions with Skelton Cline’s contract. These duties instead fell to then-Acting Permanent Secretary, Elvia Smith-Maduro.

She told the Commission that, had the contract fallen on her desk in that manner (without the requisite good-standing certificate), then it would have been cause for concern.

How was Skelton Cline’s performance evaluated?

Although Skelton Cline’s company was not required to submit regular reports during the course of the contract, there was a requirement under the agreement for him to “devote sufficient attention and time to the performance of service … to ensure that all milestones and deliverables are met in the manner and by the dates agreed”.

When questioned by the Commission about how Skelton Cline’s performance was being evaluated since he was not required to submit reports during the execution of the contract, Dr O’Neal Morton replied that she was unaware of how Mr Cline’s contract was being monitored.

However, the irregularity with her promise at that time was that the COI had already explicitly asked for that information in a letter to the Office of the Premier long beforehand.

But despite the COI’s efforts, Counsel to the Inquiry, Bilal Rawat said “there has been no correspondence produced to the Commissioner under their Letter of Request between the Premier’s Office and between Grace Consulting over the period of March — when the contract started — to September 2019”.

The COI then opened a line of questioning effectively asking if any liaising happened between the Premier’s two offices since at least one of them received the request in question. Dr O’Neal Morton said she doesn’t recall doing that.

No paper-trail on request to extend CSC’s contract?

The Permanent Secretary was later quizzed on how Skelton Cline’s company was given additional work in the form of a contract extension, in the absence of any correspondence that appeared either from the Premier’s Office or the Office of the Premier, asking him to do so.

“But there must have been discussions,” COI lawyer Rawat suggested.

“Must have been, might have been,” Dr O’Neal Morton said in what is implied to be an affirmative response.

Rawat then asked, “Well, nobody would allow a consultant to add to their workload and add to what they’re doing in their report without previously agreeing it, would they?”

Dr O’Neal Morton responded: “I would think not.”

The COI lawyer insisted that his questions were not being asked in bad faith and agreed that mistakes may have been made in responding to the COI’s request.

Further quizzed about the second contract, Dr O’Neal Morton was asked why only two reports were submitted to the COI for a 12-month contract that required monthly reports.

She was unable to give any response as to a reason for the missing reports.

Both Claude Skelton Cline and Premier Andrew Fahie have repeatedly stated that details of the contract are and should be readily available in the public domain at the High Court registry.

However, repeated efforts by various media houses have failed to unearth any evidence of this despite the Premier’s repeated promises to ensure their availability.