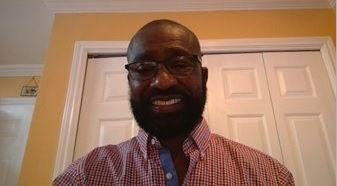 On December 14, 1946, UN General Assembly Resolution 66(I) issued a list of 72 territories that Chapter XI applied to. And in 1963, the Special Committee on the Situation with regards to the Declaration in granting of independence to Colonial Countries and Peoples (Special Committee on Decolonisation or C-24) approved a preliminary list of countries that the Declaration applied to. Presently, there are 17 NSGTs; both the VI (British) and its close and friendly neighbour USVI are on the NSGT list.

Further, under Charter XI Chapter 73, the VI is entitled to self-determination, including political independence. Independence is a hotly discussed and debated issue among VI residents. What is the definition of independence? Independence has many meanings. Nevertheless, a simple definition maybe it is a measure of self-governance and national sovereignty.

Further, independence promotes individual as well as national growth and development. As such, is the VI ready for political independence? However, before attempting to answer this question, it may be helpful to take a peek at the VI journey thus far in its short history?

The following are key dates and timeframes in VI political history. The source is principally from The Virgins: A Descriptive and Historical Profile by Doctors Norwell Harrigan and Pearl Varlack:

*  1672-British annexed the VI (British) and has continually maintained control;


*  1816-VI, along with St. Kitts (Saint Christopher), Nevis and Anguilla formed into one colony;


*  1834-Emancipation of slaves occurred; the annual August Monday, Tuesday and Wednesday holidays are to recognize, remember and celebrate the physical freedom of slaves;


*  1901-Legislature of the VI suspended and responsibility shifted to the Governor of Leeward Islands;


*  1949-The Great March of November 24, 1949 led by Anegadian Theodolph occurred; Some 1,500 Virgin Islanders took to the street and peacefully protested and marched to the Commissioner J.A.C. Cruikshank’s office to air their long-standing grievances. The VI population in 1949 is estimated to have been between 6000-7000 thousand;


*  1950-Legislature of the VI reinstated, first modern constitution granted and some direct voting for representatives approved, as a result of the Great March of November 1949;


*  1963-First million-dollar budget presented to the Legislature. Budget for fiscal year 2021 is estimated to be over $400M;


*  1969-Commission of enquiry appointed to investigate Anegada Development Company (ADC) and Wickhams Cay (WC) lease, as a result of strong agitation against the lease by Positive Action Movement that was ably led by national hero Noel Lloyd;


*  1971-Title of Administrator changed to Governor;


*  1981-VI status changed from Colony to Dependent Territory under the British Nationality Act;


*  2017-Hurricanes Irma and Maria, two monsters, category 5 storms, slammed into and devasted the VI in September 2017, resulting in hundreds of millions of dollars in damages.

Moreover, along with being 1 of 17 NSGTs, the VI, as well as the USVI, is also 1 of 57 SIDS. SIDS have some common, inherent disadvantages and vulnerabilities. For the VI, these include a) small size (59 square miles spread over 36 islands, islets, cays and rocks; approximately 31,000 population; $400M operations and maintenance budget; approximately $1B GDP), b) remoteness and insularity, c) disaster-prone, d) environmental fragility, e) resource-poor, f) heavy dependence on external finance and g) demographic changes. These factors render the VI vulnerable to forces outside its control.

The VI is a resource-poor territory that lacks the resources to develop either a primary economy (farming, agriculture, fishing, mining, energy) or a secondary economy (textiles, tools, machinery and equipment; steel, glass, transportation, agro). It has a fragile service-based economy based on the twin pillars of tourism and financial services.

Financial services generates 60% of government revenue and tourism provides more direct, indirect, and induced employment for the approximate 13,000 workforce; a majority of workforce is imported.

Further, though in some countries the service or tertiary economy is large and growing, in the VI, the service-based economy is small and fragile. Covid-19 has exposed the weakness, fragility, and the heavy dependence of foreign exchange earnings from tourism and financial services. True, Covid-19 has adversely impacted the global economy.

However, the economy needs to be strengthened, deepened, and diversified. With a dearth of natural resources, the service economy provides the best opportunity for economic growth, development, and diversification. Moreover, the transition from subsistence farming and agriculture to services improved the standard of living, quality of life, propelled the VI into having one of highest capita income in the region and grew the GDP to approximately $1B. Nonetheless, the VI cannot let the GDP cloud the reality on the ground, i.e., the inherent disadvantages, vulnerabilities, and dearth of resources.

Currently, the VI shares governing responsibility with the Crown who is represented on the ground by a Governor who is also the de facto head of state. The Governor is responsible for external affairs, defence, internal security, Royal Virgin Islands Police Force (RVIPF), Courts, and Civil Service; local government, other responsibilities, including finance.

The referendum should require more than a plurality of the vote for a FOR approval. For instance, it should be a 60% or greater majority for FOR independence. Additionally, the VI should benchmark its larger, sister, Anglophone regional countries that have had independence since 1962. For example, Jamaica gained independence on August 06, 1962; St Kitts the last, September 19, 1983.

Finally, an independent country must have the governing structure in place to support the rule of law, protect the health, safety, security and well-being of citizens; provide a strong, stable and diversified economy for citizens to enjoy a relatively high quality of life and standard of living; provide accessible, available and high-quality health care, provide high-quality education and training, build, operate and maintain high quality, world class physical infrastructure, protect and preserve environmental resources, maintain and enhance food security, provide social safety nets for the truly needy, build institutions on which social order and justice depend, minimise political patronage and dependency, build resiliency in the economy to expedite recovery after emergencies, build mutual aid agreements with neighbours and so on.

A clear majority of voters/residents should determine if the VI is ready for independence and if it is in the best interest of the territory? There must be a full civic engagement on the critical issue of political engagement.