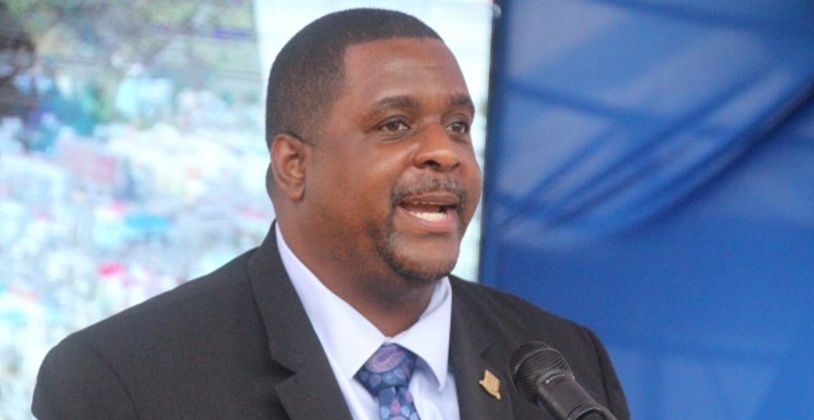 It Was A Wise Decision

Premier and Minister of Finance, Hon. Andrew Fahie said the record will show that the decision not to take the United Kingdom’s loan $425M guarantee for post-hurricane recovery was a wise one.

Speaking on the Virgin Islands Party’s third year anniversary in office, the Premier said, “Don’t mistake the absence of noise for the lack of activity”.

Government opponents continue to suggest that the BVI should have tapped into the UK loan guarantee, pointing to failing infrastructure and the slow recovery process in the aftermath of the 2017 hurricanes.

“I am sure you would agree that your Government’s position on the loan guarantee was wise,” Premier Fahie stated on Friday, February 25.

The Premier questioned what would have happened if Government had leverage these Virgin Islands and then there sudden unforeseen spikes in the global economy and had exceeded the ratios in the Protocols for Effective Financial Management and the terms which raised concerns in the loan guarantee had been engaged.

“If we had been shortsighted and hasty as those persons who were pushing us…the Virgin Islands people would possibly have lost their hard fought right to manage their own finances,” Premier Fahie stated.

Earlier this month, Third District Representative, Hon. Julian Fraser has assessed the Government’s decision not to accept the loan guarantee offered by the United Kingdom for hurricane repairs as a gamble.

During a press conference on February 2, Hon. Fraser explained that there are several public infrastructural projects that are needed, including fixing the roads, schools, sewerage treatment plants, community centers, and sporting facilities such as the Ellis Thomas Downs.

“This Government thought; they thought a lot of things…at this particular stage it doesn’t look like they made the right decision,” Hon. Fraser stated.

He said that there was a way out for the Government to backpedal and accept the UK offer. “I think that they could have backpedaled and not be embarrassed because no one anticipated COVID and if they said that that’s the reason they backpaddled because of COVID I’ll accept it and I would say yes,” Hon. Fraser stated.

Instead of the UK loan guarantee, the Government has relied on the $65M loan from the Caribbean Development Bank (CDB) which was secured under the former National Democratic Party (NDP) administration.

In December, Deputy Premier Dr. Natalio 'Sowande' Wheatley said that the administration hasn’t borrowed anything and that it was okay because of the access to the $65 million loan from CDB.

Size Of The Package

Premier Fahie reminded that Government did not agree the size of the package of projects as it was beyond what was considered prudent, especially given the dynamics of the ratios in the Protocol for Effective Financial Management and given some of the terms and conditions that needed adjustment.

He said that Government had proposed a more management package of products for less money and more favorable terms.

The Premier indicated that even with the global shocks, persons are still going about saying that the BVI should have taken the money.

He said that global developments must be considered and these include developments that were not foreseen at the time such as COVID-19 and now the war unfolding in Europe which is already having a global economic impact such as rising oil and natural gas prices which have the potential to disrupt the global trade and also the climatic risk in this region.