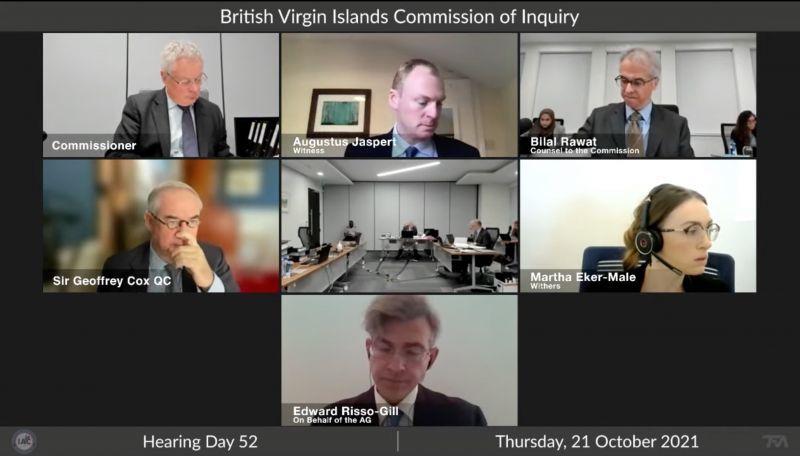 Day 52 of the United Kingdom-sponsored Commission of Inquiry (CoI) held today, October 21, 2021, went off to an extremely slow start after controversial ex-Governor Augustus J.U. Jaspert showed up for his second hearing seemingly unprepared.

Appearing remotely in the Zoom-style conference, it was clear Mr Jaspert had not adequately prepared for the inquiry as his digital documents were not in order and, in some cases, were not even downloaded.

Midway through the hearing on the topic of Crown Land, when pointed to a document by CoI Council to the Commission, Bilal M. Rawat, Jaspert had difficulties locating the document that is usually provided to witnesses in advance.

"Do you have the bundle in electronic or in hard copy?" Rawat asked.

Jaspert confirmed that he had an electronic copy and was directed to turn to a specific page; however, then indicated that it may be on the paper.

What followed was at least 7 minutes of awkward silence for Mr Jaspert to locate the documents, which he never did; however, the CoI team came to a compromise to email Mr Jaspert specific pages for reference. 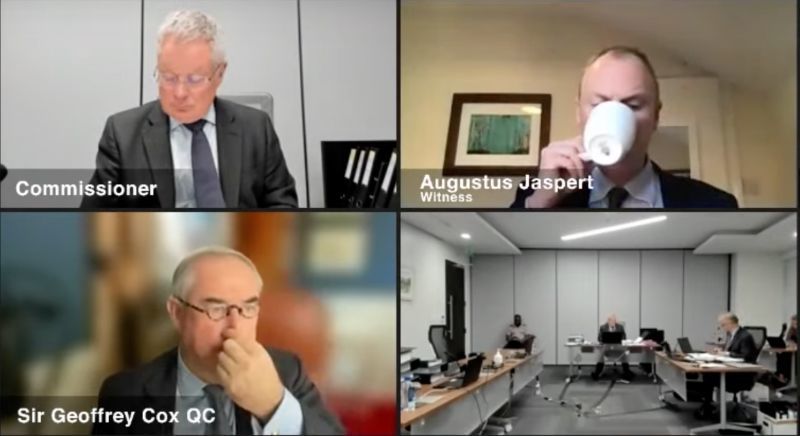 Ex-Governor Augusts J.U. Jaspert (top right) seen taking a drink while the CoI waits for him to locate his download his document bundle.