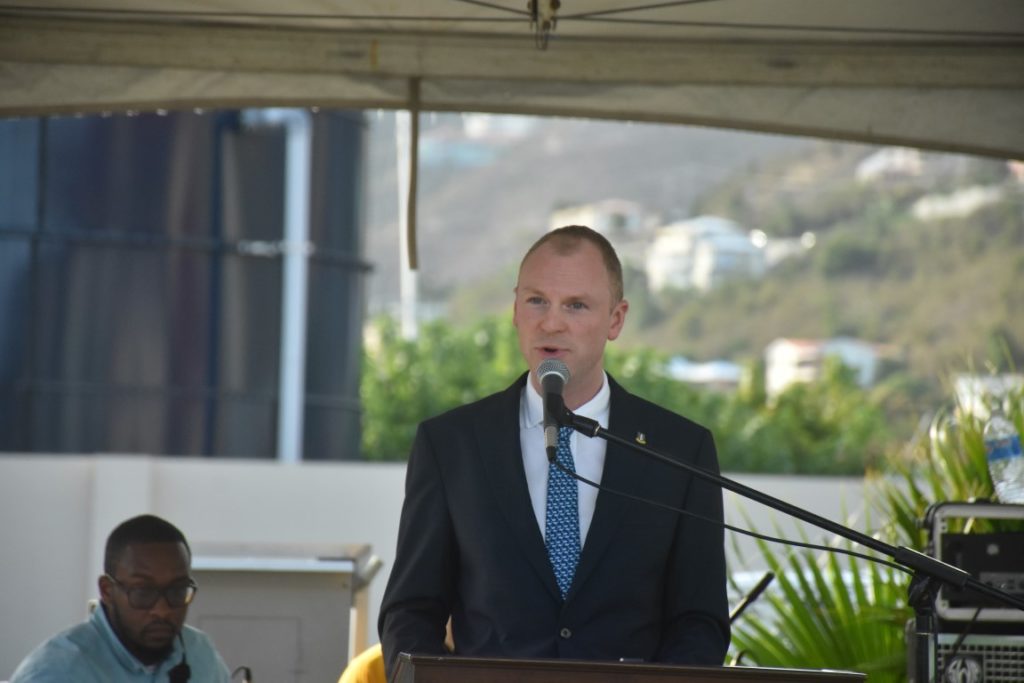 Governor Augustus Jaspert is set to deliver his final Speech from the Throne tomorrow, November 5, at the First Sitting of the Third Session of the Fourth House of Assembly.
The Throne Speech is read annually at the opening of a new legislative session. It sets forth the government’s priorities with respect to its legislative agenda, for which the cooperation of the legislature is sought.

The speech is prepared within the Premier’s Office in consultation with various government ministries. It is then deliberated and approved by the elected government of the Virgin Islands before it is delivered by the Governor.

Governor Jaspert was appointed as BVI Governor in 2017.

In September of this year he announced that his tenure will expire at the end of 2020, making way for a new Governor — John Rankin who is currently serving as Governor of Bermuda.

The Sitting will begin at 10 am and will be held at Save the Seed Energy Centre in Duff’s Bottom, Tortola.