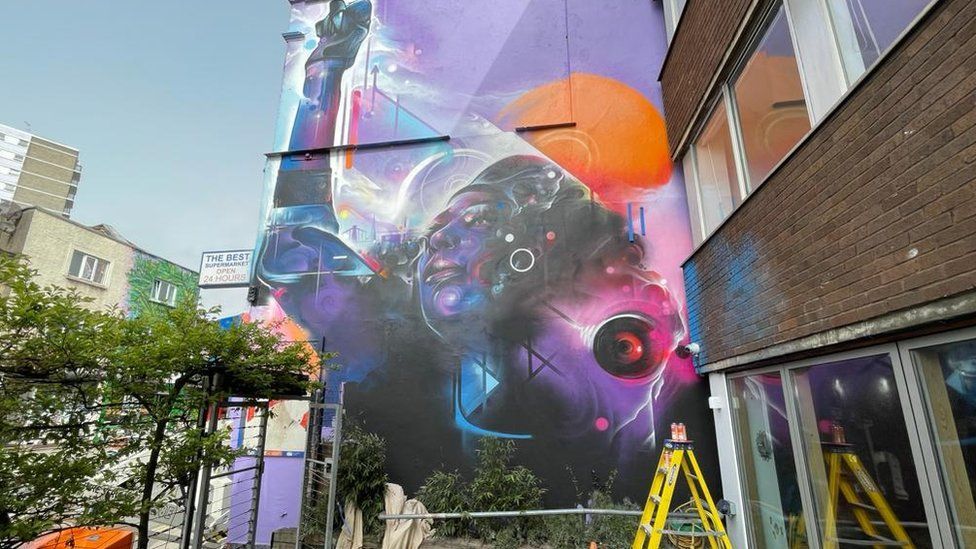 A mural of the Black Lives Matter (BLM) activist Jen Reid has been created to promote anti-racism.

Ms Reid was photographed standing on the empty plinth after the Edward Colston statue was toppled during the Bristol march last summer.

She said the mural's message is one of "positivity and unity".

The work was commissioned by a group called The Bristol Eighteen and is located in Stokes Croft, Bristol, directly opposite Banksy's famous Mild Mild West mural. 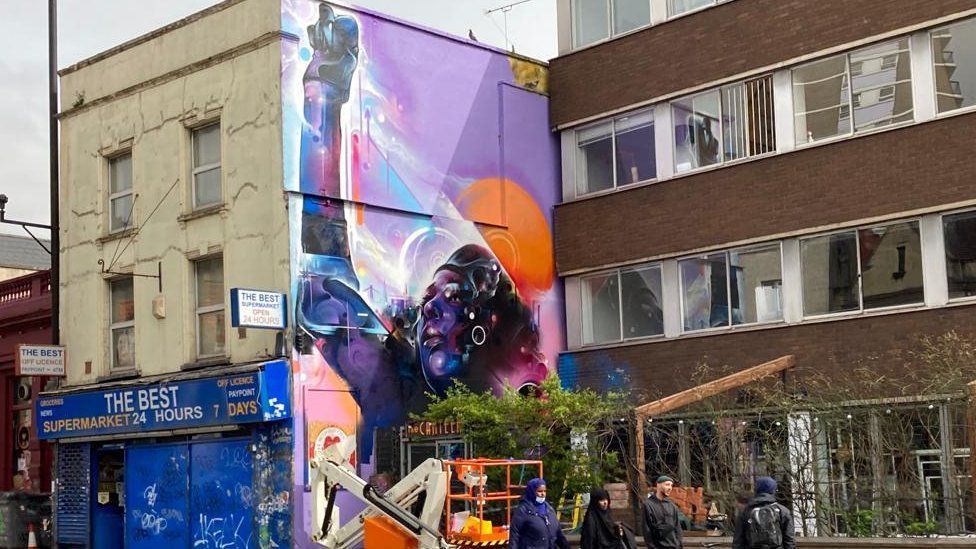 The artwork will be completed on 2 April and will use the hashtag #UNITEDSOULSUNITEDGOALS to direct people towards free educational resources on black history.

Ms Reid added: "We (black communities) don't have the support of the government and apparently there is no racism, so we as individuals have to continue the conversation ourselves.

"For us, we wanted to see how could we use this powerful and iconic image for that cause, so we came up with the concept of a mural and it looks absolutely amazing."

The phrase 'Rise up Bristol, stand tall…Bristol's a city for all', written by Bristol poet Lawrence Hoo, is also due to be added to the piece. 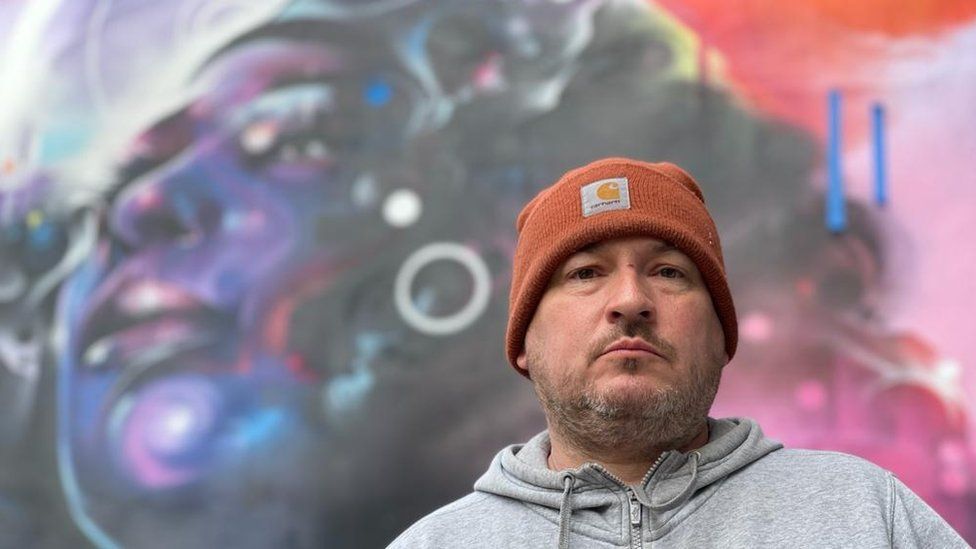 London artist Mr Cenz said the image is "symbolic" of the Colston statue being pulled down at the Black Lives Matter protest last year.

He said: "Unity is something that I feel quite passionate about coming from London, a very multicultural society just like Bristol, and my kids are mixed race and I mainly paint images of strong black women, so this project fitted perfectly.

"Bristol is a street art Mecca and for me to have a big mural here is great." 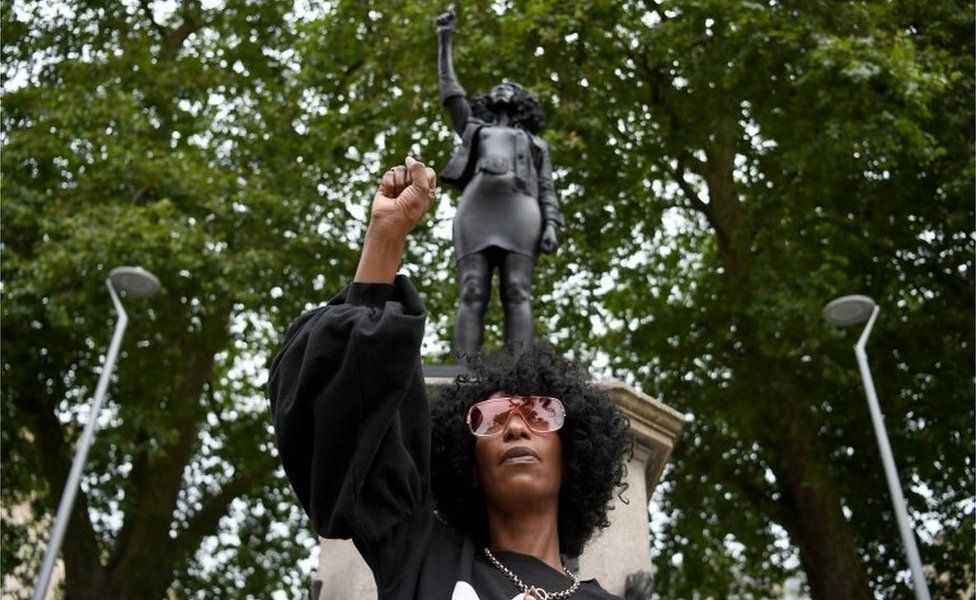 Ms Reid's husband Alasdair Doggart founded The Bristol Eighteen after the Edward Colston statue was pulled down and was behind the original image of her standing on the plinth.

He said: "I wanted to replicate that image to further the meaning behind it and keep the conversation on anti-racism going.

"It's painting a positive picture to bridge gaps in knowledge and education that will bring people together."

In July last year artist Marc Quinn also paid tribute with his black resin statue, called A Surge of Power, which was meant to be a temporary installation to continue the conversation about racism.