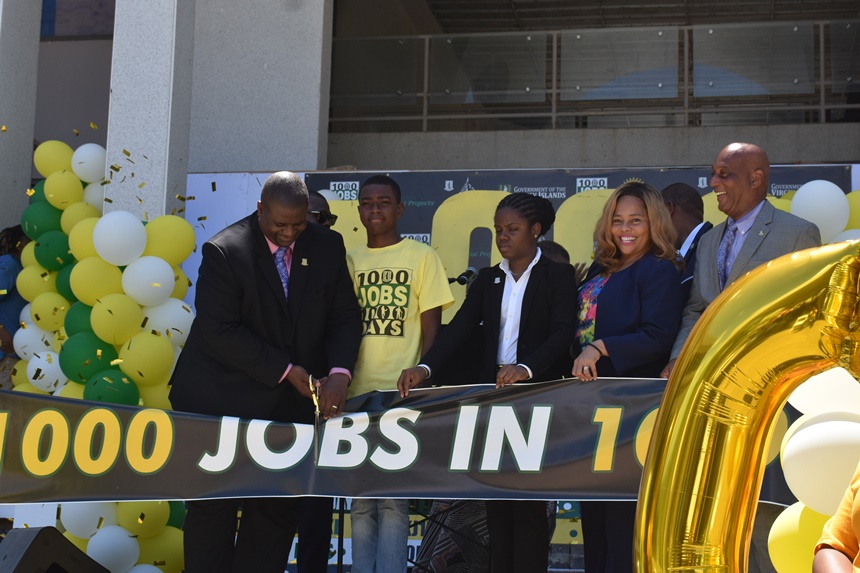 With many tourism businesses now actively seeking employees to fill positions, the BVI government is organising a job fair to revitalise its 1,000 Jobs in 1,000 Days initiative through the Department of Labour.

While delivering his budget speech last week, Premier Andrew Fahie said the job fair will be done in order to connect employees and employers, and also to connect them with trade and tourism and other entities.

Back in April of this year, Labour Minister Vincent Wheatley said a little less than 200 persons have been employed under the government’s jobs programme thus far.

At the time, it was the clearest data given on the success of the programme for which up to 2,920 jobseekers had registered since the programme started on August 21, 2019.

Meanwhile, the Premier said his government is continuing its efforts to get all of the BVI’s tourism sectors back to full functionality while helping as many people in the BVI to be gainfully employed once more.

Tourism strategy expected to be blueprint

Once it is completed in 2022, Premier Fahie said the National Tourism Strategy will be the blueprint for all aspects of shaping and positioning the local tourism industry in the current global landscape.

He indicated that this strategy will provide even more modern approaches in how to improve, enhance and sustain the BVI’s tourism industry.

In this regard, the Premier said several partners from public and private institutions are working together; emphasising nature tourism which incorporates the BVI’s beaches, diving and snorkelling sites, and its hiking trails.

The Premier also highlighted the upcoming Anegada Lobster Fest on 27 and 28 November and said he hopes to see everyone on Anegada for the event during that time.