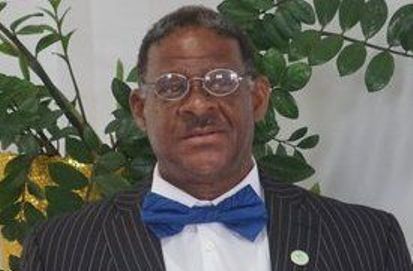 Social Democracy means a bottom-up economy, with public spending directed at alleviating the burdens of the poor; public policy that drives greater social equality; and public investment in infrastructure that aids small businesses, including farming and small manufacturers.
The USA is moving left. That is the result of the realization by left-of-center intellectuals and thinkers that the right-wing trickledown economy has driven social inequality and social division to such an extent that the very fabric of the country is falling apart.

Anyone who believes the US is not in social trouble needs to wait a few years to see how bad things will get in that land of the Pure Capitalist.

Pure Capitalism is unsustainable in a volatile world where massive investment in the environment, government intervention in pandemic economies, and public policy that stops rising social inequality, is required to avoid an ominous threat to human existence.

Supply side trickledown is tearing societies apart. The rise in nationalism, fascism, tribalism, racism, and social and political fragmentation, is the direct result of increasing social inequality driving public anger.

In these Virgin Islands political elitism and social inequality has driven up crime and public anger, and this was evident in the defeat of the preceding government. One reason for the success of the present political party is the belief that it is the party of the ‘’small man.’’

The solution to ensuring social and political calm is simple. Governments in western capitalist societies must invest in the poor, underprivileged, and working classes, and bridge the social and wealth inequality gap. Failing this, continued social inequality threatens to become a time bomb.

Joe Biden is absolutely correct in stating that the economy of the trillion-dollar corporation and the super-wealthy must give way to an economy of the working man and woman.

Public investment in the social infrastructure is the best way to grow a sustainable economy that benefits the 90%.

Taxing the wealthy and investing that cash in quality education and accessible healthcare, cutting edge physical infrastructure that benefits the masses, and ensuring that no resident of the country drops into poverty drives a safe and secure society.

Economist John Maynard Keynes understood that the best way to drive economic growth was by putting cash into the pockets of the poor and working classes who spend that cash on necessities. Consumer spending by the working classes drives the multiplier effect. The exchange of money in the economy increases and this drives greater economic growth.

Poverty is viewed as desirable for the existence of pure capitalism. Poverty ensures a cheap labor force for the 1% who can utilize low-cost labor to grow their wealth. This may be good for the 1%.

However, history has shown that the 90% remain burdened by social and economic stagnation, eventually leading to political instability.

Northern Europe is home to a number of social democracies or countries with a high social democracy component: Denmark, Finland, Germany, Norway, Northern Ireland, Austria, and France. The drive to create greater social equality in these countries has led to the highest quality of life indices anywhere on earth. Social democracy or democratic socialism leads to greater longevity, lower crime rates, and the highest standards of living and quality of life matrices.