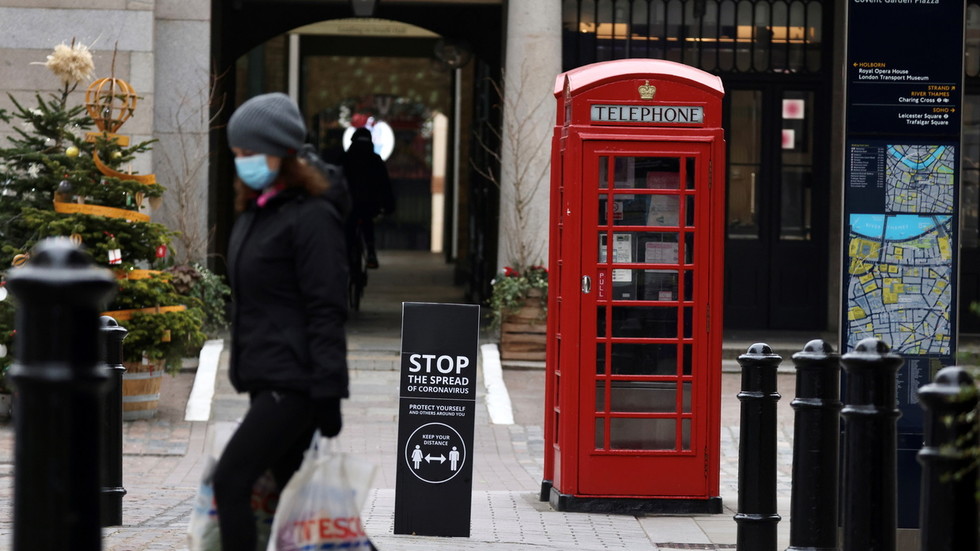 UK Prime Minister Boris Johnson has said that England will not abandon all Covid-19 restrictions this month as had been planned, due to the threat of the Delta variant of the virus and rising hospital admissions.
The lifting of the final stage of England’s so-called ‘roadmap’ out of lockdown will be delayed by four weeks to July 19, Johnson told a Downing Street Press conference on Monday.

The government will review its decision not to bring England further out of lockdown in two weeks’ time.

“Even if the link between infection and hospitalisation has been weakened, it hasn’t been severed,” Johnson said, adding that the numbers of people being admitted to intensive care units were increasing.

He said the government had faced a “difficult” decision in prolonging lockdown, but ploughing ahead with further relaxations could result in “thousands more deaths.”

The country has not met all the government’s four tests for lifting the remaining public health measures, Johnson said, explaining that it was “sensible to wait just a little longer.”

“By July 19, we will aim to have double-jabbed around two-thirds of the adult population, including everyone over 50, all the vulnerable, all frontline health and care workers, and everyone over 40 who received their first dose by mid-May,” Johnson added.

The government is concerned by the more transmissible Delta variant of coronavirus, first detected in India, which Johnson said was causing cases to grow by around 64% per week in England, with infections doubling in the worst affected areas.

Despite the continuation of lockdown, Johnson said limits on the number of people who were allowed to attend wakes and weddings would end on June 21, allowing more than 30 socially distanced guests to attend.

The PM also said the government would still pilot large-scale events such as the Euro 2020 football tournament from June, but confirmed that nightclubs would not be allowed to reopen as had been planned.

On Monday, the UK reported a further 7,742 Covid-19 cases, with the virus incidence rate up 45.5% over the past week, compared to the previous seven days.
#COVID-19  #Covid  #Coronavirus  #Boris Johnson
Add Comment