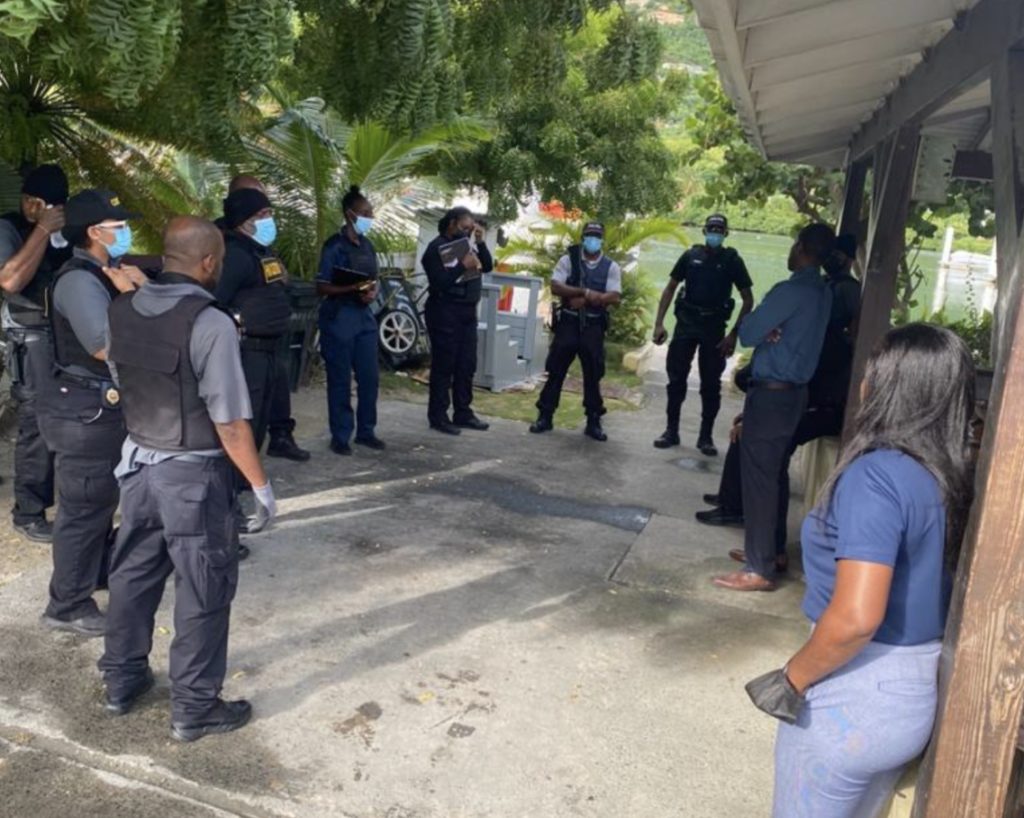 Customs Commissioner and head of the Joint Task Force, Wade Smith said in a radio interview on ZBVI that the operation saw officers boarding some yachts to make checks.

The task force went there “to ensure that boaters were compliant, to ensure that workers were compliant … having their Labour and Immigration clearance and ensuring that vessels are actually imported in the territory legally. There was a number of infractions and a number of visitors and boaters were happy to see Immigration there because they had several questions, they wanted answers too. They got assistance from the Immigration officers,” Smith said.

The Customs boss said several boat owners whose vessels are not compliant with the Virgin Islands customs laws will have to meet with Immigration officers to ensure they get everything in order. This will allow them to resume operation in the territory.

Smith also said the team received several calls after the operation. He said callers wanted to double-check the Immigration requirements they need to follow to operate and import boats in the territory and to ensure they were on the right side of the law.

Smith also warned persons on social media to refrain from spinning narratives about the task force’s operation as it can be reckless and damaging. The head of the task force had used the interview to clarify why the joint task force was executing an operation early in the morning.

A post on social media site, Facebook, had implied that a criminal was on the loose in the territory.

Smith said the task force has done several operations since its inception in 2020 and the same ‘modus operandi’ used then was the same used in the execution of the exercise at Nanny Cay.

“During those previous exercises, I am not seeing any post on social media circulating or any discussion regarding that. But in regards to the location that the task force was this morning (yesterday), [there were] a number of articles on social media, and that is a bit concerning. Our number-one mission is to keep the BVI safe. That’s BVI Love — ensuring that our residents and visitors alike enjoy a safe community,” Smith said.