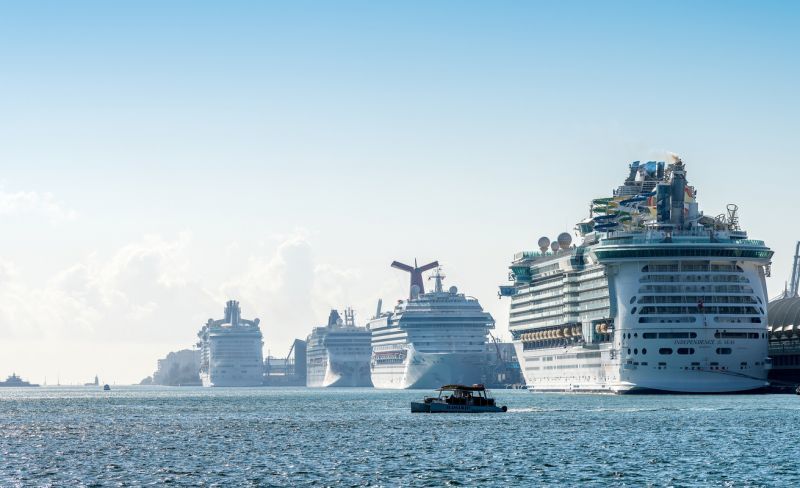 A federal judge handed Florida Governor Ron D. DeSantis a major victory over the Centers for Disease Control and Prevention's cruise industry restrictions on Friday, June 18, 2021, a development that could pave the way for cruise travel to return after a CDC No Sail Order grounded the industry for 15 months.
US District Judge Steven Merryday in Tampa, Florida, on Friday granted the state’s request for a preliminary injunction blocking the CDC from enforcing a conditional-sailing order the federal agency put in place in October. The CDC order created a framework for cruise lines to follow before restarting operations. The framework came with several operational phases that must be completed, among them test sailings — requirements criticized by the cruise industry as overly stringent.

Judge Merryday in his ruling said the state of Florida was likely to prevail in its claim that the CDC overstepped its authority when it issued the conditional sail order. The judge also viewed side-by-side the CDC's shutdown approach compared to other sectors of the leisure travel industry, among them casinos, hotels and sporting arenas — the latter three receiving voluntary recommendations while cruise travel was shut down altogether.

The judge also stated that Covid-19 cases continue to trend down as vaccinations become widely adopted, and he pointed to stringent protocols put in place on cruise ships that further diminish the possibility of outbreaks.

“The availability of vaccines and testing and the comparatively trivial incidence of infection on foreign cruises—all quickly identified and confined—commends optimism about the safe operation of sailing in the United States, which enjoys high rates of vaccination and greatly enhanced, onboard containment mechanisms,” Judge Merryday wrote.

He immediately stayed the injunction until July 18, 2021, at which point the conditional-sailing order will become non-binding guidance for the cruise industry, similar to the tools the agency uses with industries like airlines and railroads, according to the Wall Street Journal. Judge Merrday also gave the CDC an opportunity to propose a narrower injunction no later than July 2, 2021, while ordering both sides to continue with mediation.

Governor DeSantis hailed the court's decision Friday. “The CDC has been wrong all along, and they knew it,” Mr. DeSantis said. “Today, we are securing this victory for Florida families, for the cruise industry, and for every state that wants to preserve its rights in the face of unprecedented federal overreach.”
#COVID-19  #Covid  #Vaccines
Add Comment