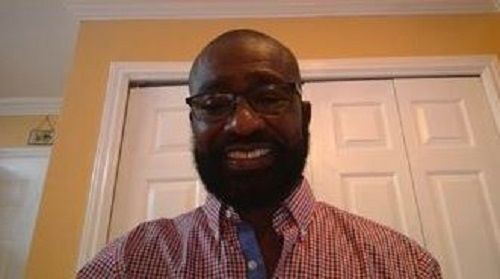 Life is living, learning, and change; change happens as a clock changes or waves roar ashore. The late Peter Drucker, Ph.D., the father of management theory, says, “unless an organisation sees that its task is to lead change---whether a business, university or school---, will not survive.

In a period of rapid structural change, the only organisations that survive are the ‘change leaders.’” Heraclitus of Ephesus, an ancient Greek, pre-Socratic and Ionian philosopher, is credited with, “change is the only constant in life.” Fear of change is also a constant; we adore routine and the control and comfort of routine. Further, Albert Einstein: “Insanity is doing the same thing over and over again and expecting different results.” Cliches aside, all of us, both individuals and entities, go through and experience change.

Post Emancipation on August 1, 1834, the VI transitioned from a 59 square mile, 36 island chain, a little sleepy hollow with a subsistence agricultural economy that shifted to a service-based economy buoyed by tourism and financial services. Today, it is a self-governing Overseas Territory (OT) of the UK, having one of the highest living standards, quality of life, and per capita income in the Anglo-Caribbean region. Though the VI experienced change, change is needed and constantly on its radar screen. Continued progress is a function of positive change.

Like residents of other countries, Virgin Islanders see and want change, but sometimes, perhaps, don’t want to expend the energy and incur the cost of change. Often, we are afraid of the consequences of change and hope that others battle for us and suffer the cost. During the 2016 Democratic Party primary campaign to select a nominee for the US presidential election, Senator Bernie Sanders’s campaign rolled out the popular hashtag----Feel the Bern. Similarly, Virgin Islanders/Residents must feel the change they desire, not just dream, or talk about change. Peter Drucker says, “There is nothing quite so useless as doing with efficiency something that should not be done at all.” Concrete action is needed to get the right things done, not solely the gift for gab or skilled and efficient talk. Sensible change is necessary and comes with a direct and implicit (opportunity cost) cost. To effect sensible and reasonable change, Virgin Islanders must collectively summon the courage, wisdom, strength …etc. to agitate and advocate for necessary and needed change, realising that change is not free and comes with sacrifice, a price, and cost.

The Anegada Development Company and Wickham’s Cay Company leases are superb examples of the power and effectiveness of robustly agitating and advocating for needed change. Both the Anegada Development Company and Wickham’s Cay Company was a lose-lose deal for Virgin Islanders and VI. The UK granted the VI a new constitution in 1967 that ushered in a ministerial system of government. However, in 1967, UK Administrator Martin S. Stavely signed two (2) 199-year leases with Kenneth Bates-Hill, a UK company. Though the 1967 constitution encompassed more self-governing devolvement, the UK, through its Administrator (change to Governor in 1971), still had complete control of VI finances. Nonetheless, on June 1, 1977, under the Dr Willard Wheatley administration, financial administrative and operational control shifted from the Governor to local government, paving the way for ditching grant-in-aid. However, with the Protocol for Effective Financial Management agreement executed between the UK and VI in April 2012, the UK still has tenacles on VI’s finances.

Moreover, the lease between the UK government (on behalf of the VI) and Kenneth Bates-Hill for Wickham’s Cay and ¾ of Anegada was a lose-lose agreement for the Virgin Islanders. The lease agreement created an apartheid scenario where local involvement would be as hewers of wood and carriers of water. Locals, if lucky, would perhaps have been consumers of services, not producers. The UK bureaucrats negotiating on behalf of the VI had no skin in the game and didn’t have to live with adverse consequences, so the lose-lose decision was easy.

Consequently, Noel Lloyd, sensing an injustice, lose-lose deal, and a wrong for Virgin Islanders and the VI, formed Positive Action Movement (PAM) and leapt into action to agitate and advocate for change. Some other members of PAM included Wilfred Smith, Meg Donovan, Roosevelt Smith, Patsy C. Lake, Vernon Farrington, Cromwell ‘Brushy’ Nibbs, Walter ‘Lindy/Ras Uhuru’ de Castro, among other patriots. PAM educated, informed, and engaged the VI community on the nefarious, lose-lose leases animatedly and passionately. Noel and some other PAM members were arrested and jailed. The once-popular Cell #5 Restaurant and Bar on Waterfront Drive close to the dock had reference to Cell #5 at the old Her Majesty Prison on Main Street, Road Town, Tortola, VI, and ties to PAM agitation for change.

And as a result of PAM’s agitating for a re-negotiating of leases with Kenneth Bates-Hill, the UK appointed a Commission of Enquiry to investigate the Anegada and Wickham’s Cay leases, along with other government-owned lands. At completion, the Commission of Enquiry report, interestingly, was unacceptable to the VI government. Consequently, the VI government, the Foreign and Commonwealth Office, and Kenneth Bates-Hill engaged in negotiation to transfer interest to the VI people and government. The UK presumably loaned the VI government approximately $5.8M to buy out the leases (The Virgins: Drs Pearl Varlack and Norwell Harrigan).

Due to PAM’s agitation, many Virgin Islanders now hold leases on Wickham’s Cay to operate various businesses. And on Anegada, many residents were granted freehold titles to land. Noel Lloyd was scorned, shunned, labeled as crazy, isolated, labeled a troublemaker, pariah…etc. Nevertheless, in his last days and in failing health, he was recognised and rewarded for his sterling contribution to the VI community. The VI now recognises him as a national hero. Psalm 118:22 says, ‘The stone the builders rejected has become the cornerstone.’ The VI community owes Noel Lloyd and PAM a HUGE debt of gratitude.

Finally, some people make things happen; some watch things happen, and some wonder what happens. Virgin Islanders must feel the change they desire, not just talk about change(s). They must be change champions/leaders by feeling, investing, living, fighting, agitating, advocating, and sacrificing for the change needed. All Virgin Islanders must work cooperatively and collaboratively for the VI greater good, making the VI, though one of the smallest locales, has the biggest heart and best standard of living and quality of life in the region and beyond.