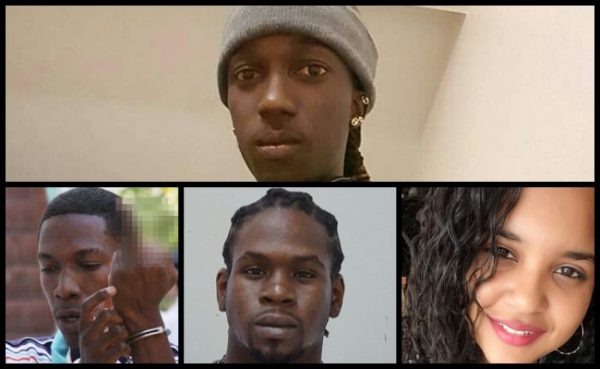 ‘Justice served’ was the overwhelming cry from the attorneys that represented the three persons freed in the High Court today after being accused of the February 2018 murder of Trumayne ‘Passion’ Daway.

Valerie Stephens-Gordon — the attorney representing Maybelline Rodriguez — said the crown had no evidence to pin the murder on any of the defendants.

She said there were no eyewitnesses to identify any of the accused, no gun and no forensic evidence found.

“It was just made sensational in 2018 and perhaps because it was after the hurricane and whatever. But there was insufficient evidence. They need to do a proper investigation, especially in serious murder matters… These three young people have been locked up for four years. She (Rodriguez) had a baby in prison. Four years of their lives, they cannot get back,” Stephens-Gordon told BVI News.

One of the attorneys representing Rafael Harrigan, Queen’s Counsel Michael Lashley, said the evidence brought by the prosecution was unreliable and insufficient. He noted that a lot of hard work went into the case and he supported the judge’s decision in the matter.

“When we look at the evidence it was extremely weak. We did a lot of preparation, and this is my first case in the BVI as Queen’s Counsel and I am satisfied with the ruling,” Lashley said.

“We are thankful for the judgement of the court. We recognised that it is not an easy decision for any court to make in upholding a no-case submission but the court after considering the evidence in relation to the matter felt that there is not a case to be answered being guided by legal principles and the law,” Maduro said.

Meanwhile, the representative for Vernon Bernard, Richard Rowe, said from the first meeting, the accused insisted he was innocent and now the verdict has confirmed that belief.

“We at Silk Legal believed in his innocence and the lack of evidence brought by the court substantiates the decision of the judge to withdraw it from the jury and there was certainly insufficient evidence,” Rowe said.

Stephens-Gordon told our news centre that the defence had to consider public opinion when preparing for the case.

“That was a factor because back in 2018, they made a judgement on these three young people. Through the blogs and the media headlines, they had already prejudged them. So, it made it very, very difficult because of the prejudgement and this is why I stated they [the police] need to do a proper investigation. It was a rushed investigation,” Stephens-Gordon said.

Maduro also noted that sometimes the public is not privy to all the facts of the case and most conclusions are formed from speculation. He said some things the public considers evidence are not of evidential value within the legal system.

A major part of the Crown’s case was the WhatsApp messages between Bernard and Harrigan which were alleged to have revealed the murder plot. However, Stephens-Gordon said all the messages revealed was that the discussion between the two was in relation to another individual, Black Boy, who Rowe pointed out in court today.

“They jumped in their investigations in either thinking Black Boy was deceased. The messages were some days prior, several days prior to the murder. The deceased was Passion, the messages related to Black Boy, and it did not plan a murder,” Stephens-Gordon said.

Meanwhile, Michael Maduro said in the judgement, that the court recognised that the evidence found in the WhatsApp chat was tenuous.

“The court said you could not tell from the videotape itself whether or not it was the couch in his apartment and also to the tiles and so on, these are things based on the video that you could not recognise the fabric of the couch, the qualities of the tile and so on. It was a far stretch by the Crown in terms of their case,” Maduro said.

He added that the judge’s decision showed the messages were not incriminating to the level necessary to say the plan was for murder.