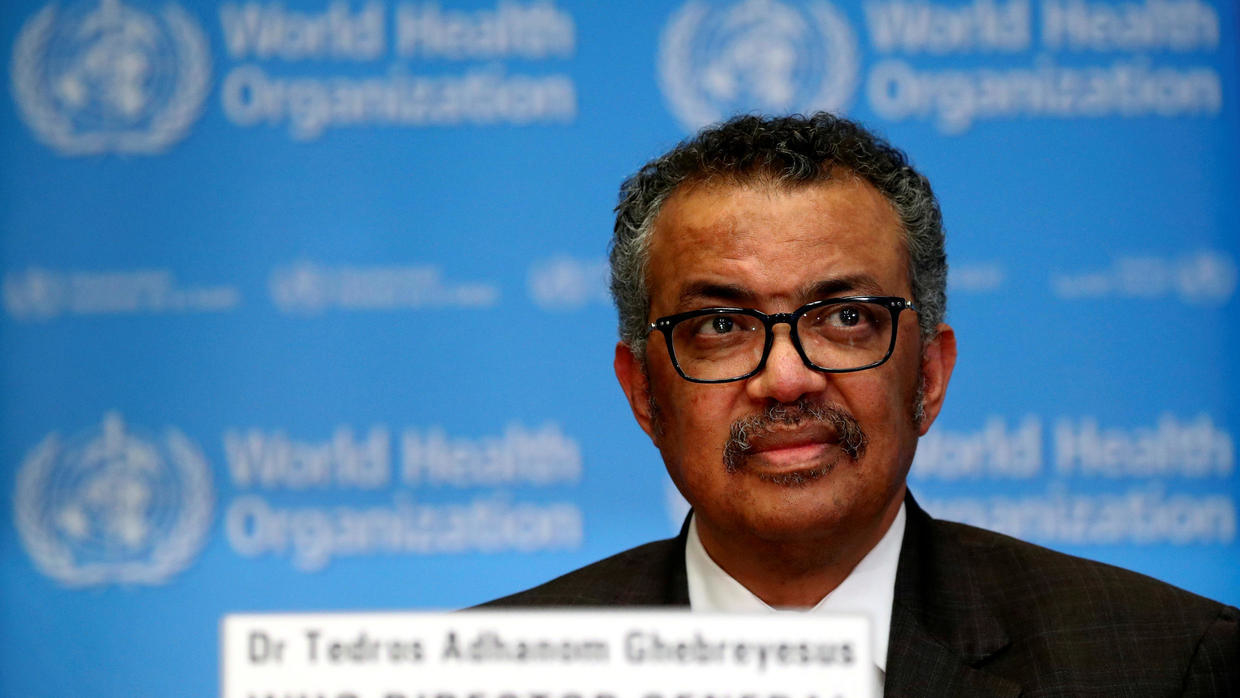 The World Health Organisation has defended itself against criticism from US President Donald Trump over its handling of the coronavirus pandemic. Director General Tedros Adhanom Ghebreyesus said nothing was "hidden" from member states and has warned against politicising the health crisis.

"Nothing was hidden from the US, from day one," insisted Director General Tedros Adhanom Ghebreyesus on Monday as he sought to defuse criticism from Washington over the World Health Organisation's response to the Covid-19 pandemic.

Tedros told reporters at a daily press briefing that US health officials had been working in the WHO’s Geneva headquarters from the beginning of the outbreak, which was a testament to the body's transparency.

"There is no secret in WHO because keeping things confidential or secret is dangerous. It’s a health issue.”

The health body claimed there were 15 staff from the US Centers for Disease Control and Prevention brought in specifically to work with the organisation on its Covid-19 response. “WHO is open. We don’t hide anything,” Tedros said.

US President Donald Trump has criticised the UN agency for downplaying the extent of the Covid-19 outbreak in China and failing to quickly declare a pandemic.

Critics like Trump have focused on the WHO's initial praise of China for its transparency on the virus, even though reports have since emerged suggesting that more people died of Covid-19, than the country's official tally.

World leaders have been quick to criticise the move, with UN secretary general Antonio Guterres insisting "now is not the time" to cut funding at an acute phase of the pandemic.

Some experts claim that Trump is lashing out at the WHO to deflect attention away from his own administration’s handling of the coronavirus response.

The WHO chief has warned against politicising the health crisis, suggesting that divisions between people and political parties were "fueling" the pandemic.

Tedros, a microbiologist and once Ethiopia's health minister, has called for unity to fight a "dangerous enemy," which he says is slated to get worse.