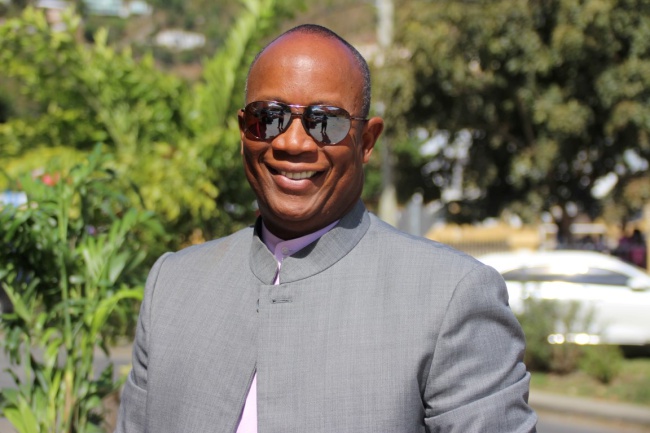 Pastor Claude Skelton Cline has insisted that he did not need to know anything about government’s procurement procedures while serving as their consultant during the cruise pier project.

As a consultant, he evaluated the proposal from developers, Tortola Port Partners (TPP), who initially priced the development at $57 million and was eventually selected to execute the project. The controversial project ended up costing the government $82.9 million.

During his hearing on Monday, Cline told the Commission of Inquiry (COI) that the experience he possessed that allowed him to evaluate bids for the project was that of ‘leadership’.

Cline then directed the attention of the COI’s participants through a nearby window overlooking the pier and said his leadership is what ultimately got the project completed.

When asked by the COI whether he (Skelton Cline) would’ve been guided by some of government’s policies in evaluating the proposals that were submitted, Cline said this was largely the job of the ministry’s Permanent Secretary.

Needs assessment, cost-benefit analysis not in my job description

He rebuffed any suggestion that he could have advised the then portfolio minister about public finance regulations that were expected to come into force, arguing instead that it was completely outside of the remit of his consultancy.

When told that this was relevant to how a bid process was expected to be progressed, Cline said in response: “As a consultant in my private capacity, I would not have any preview to what government’s functions, processes or systems are, so I would’ve had no cause in which to advise the minister of whatever financial — if I’m understanding your message correctly — [procedures] that’s coming on stream.“

Skelton Cline emphatically said subject matters such as a needs assessment, cost-benefit analysis, estimate of costs and scope development were also all completely outside of the scope of his consultancy.

After the acceptance of TPP‘s proposal, Skelton Cline was later made the Managing Director of the BVI Ports Authority — the entity that was charged with overseeing the execution of the project.

He told the COI that there was no conflict of interest in accepting the post and executing the duties that came with it, even though he had helped in the process of securing the winning bidder.

The project was heavily criticised for its enormous cost overruns. Former Works Minister at the time, Mark Vanterpool, has denied that there were any cost overruns.