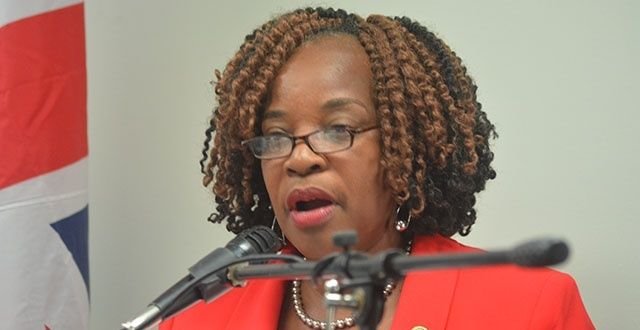 Labour Commissioner Janice Rymer is reporting a rise in labour-related disputes in the British Virgin Islands since the arrival of the deadly Novel Coronavirus Disease pandemic a few months ago.
Rymer’s comments were made on Sunday, September 13, 2020, during an online forum with Minister for Natural Resources and Labour, Hon. Vincent Wheatley.

Meanwhile, Minister Wheatley who chimed in, said of note is the resurgence of the Labour Tribunal.

“The Labour Tribunal has been recently brought back into the force. I think it was launched a few days ago and we hope that all matters in that tribunal is expedited, we want to avoid long waits,” he remarked.

The Minister added, “It is an integral part of the Labour and Workforce Department service. It has not been kind of not the best for the last couple of years, but we hope to see a great improvement going forward.”

The last update on the status of employment in the territory given by Hon.Wheatley in August was that more than 1,200 employees had been laid off, while 8,962 have retained employment.
#COVID-19  #Covid  #Coronavirus
Add Comment