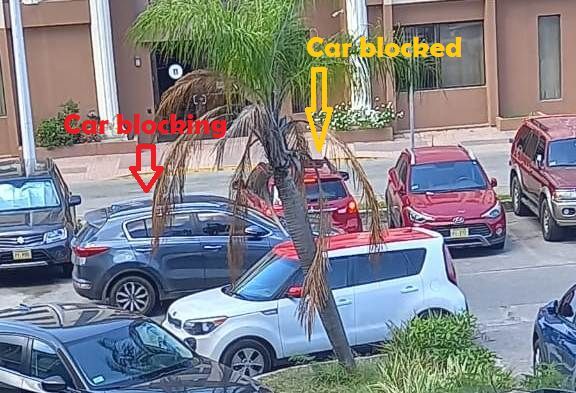 A clash over parking space in the parking lot across from Labour and Immigration Departments resulted in police being called in on Tuesday, August 16, 2022.

What caused the fight?

Our newsroom was told that the female staff of Labour Department had parked her car in the parking lot when she was allegedly told by Mrs Demming-Hodge on two occasions that she should remove her vehicle since it was in a parking space reserved for Immigration staff.

The Labour staff reportedly told Mrs Demming-Hodge that the parking space was unmarked and was a “non gazetted parking space in a public parking lot.”

The Deputy CIO reportedly replied that she would advise her staff to block the woman’s car if she failed to remove her vehicle.

The Labour staff subsequently returned to find her vehicle blocked and also found out that it was a vehicle belonging to an Immigration staff that was blocking. 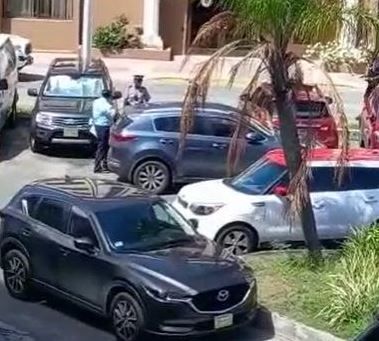 The police were reportedly called in; however, our newsroom was told that the male Immigration staff refused to move his vehicle even when ticketed. He reportedly only complied with police when threatened with arrest.

Our newsroom reached out to Mrs Demmings-Hodge for a response to the allegations but none was received up to the time of publication.

The Labour staff was also contacted and commented on the condition of anonymity.

The Labour staff commented: “One thing I know is Virgin Islands law and my rights.”

She added: “With the new government of the day wildly focused on the implementation of Commission of Inquiry Recommendations, in an effort to prevent direct rule or the partial suspension of our constitution, I really hope that the present reform will have measures in place that will correct some of the long-standing issues government faces, particularly the gross professional misconduct displayed by high ranking officials within government on a power trip because of their title,” the woman stated.

Portions of the parking lot incident yesterday were caught on camera.