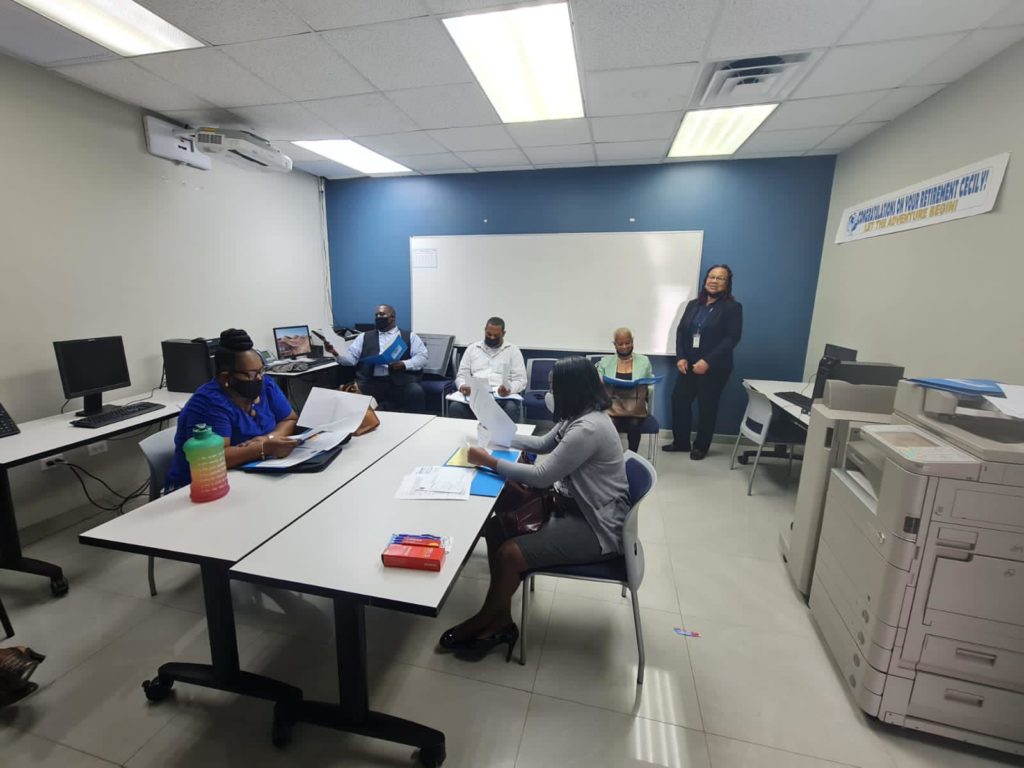 Labour Minister Vincent Wheatley has announced that a task force has been established to help address the months-long work permit backlog at the Labour Department.
Making the announcement in recent Facebook post, the minister said the formation of the Task Force came out of the ministry’s Labour stakeholders meeting held weeks ago.

Based on images captured of the Task Force in action, the group is made up of just under 10 persons.

According to Minister Wheatley, it is anticipated that the backlog should take no more than a month to be cleaned up.

He also said more details are expected to follow in a press conference sometime this week.

Residents and business owners have complained bitterly for months about work permit applications and renewals taking months more than usual to be processed.

The government recently hosted a virtual stakeholders forum to listen to the concerns of business owners and residents aimed at coming up with strategies to fix the challenges being faced.

One business owner who spoke during the forum said they had been waiting as much as six months to have permits processed.

One of the root causes of the backlog was revealed to be a defective new online work permit system that was being implemented by the Labour Minister. This, coupled with a severe staff shortage, had seen the processing of permits grind to a crawl.
#Facebook
Add Comment