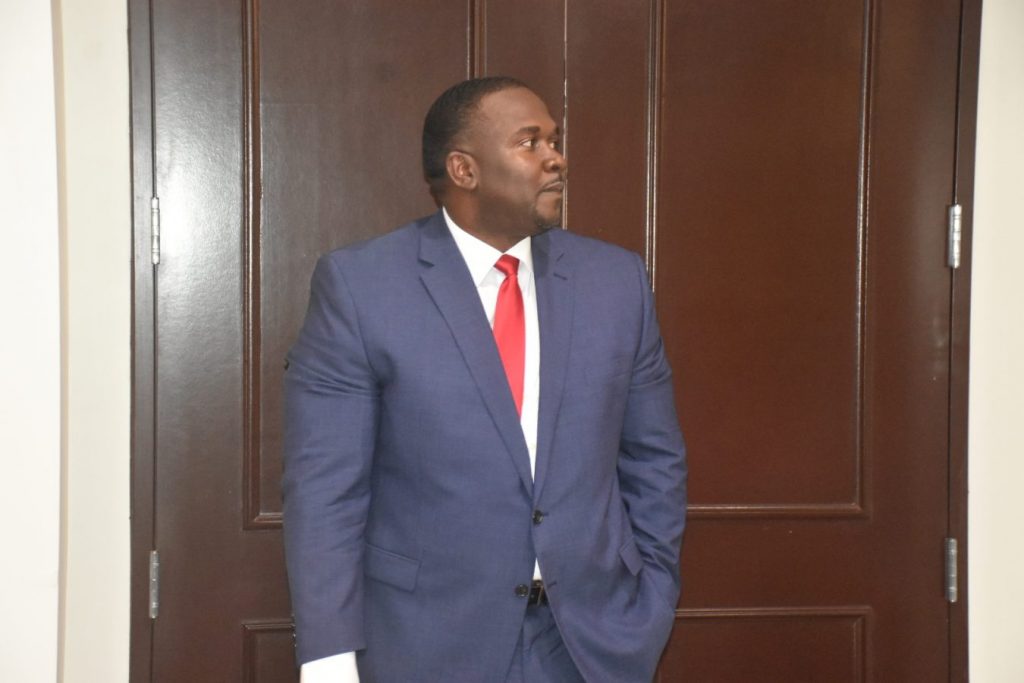 The last-minute deferral of the reopening of the territory’s seaports to January 2021 came as no surprise to Opposition Leader Marlon Penn who said he believes the timing of the announcement will reflect poorly on the BVI as a destination and as a brand.

Penn made the comment while speaking to BVI News on Wednesday as he first acknowledged what he described as the ‘good work by the government and hard-working public servants’ to get the territory to this point.

However, he said the many discrepancies shown by the government through their decision-making is a clear indicator they have not gotten things right in many respects.

“It signals that we are not prepared and this damages our global image, which has taken a hit lately with many negative and damaging stories in the regional and international press and we must get our act together and improve our image,” Penn stated.

“It also provides further financial strain on already cash strapped businesses (charter companies, ferry operators, etcetera) as well as travellers who prepared for the December 8 opening to learn less than 12 hours before that plans have changed at the last minute,” he added.

Changes should not be made hours prior

Penn said it will be natural to experience some negative impacts from the decision, due to the direct effect it will have on the many tourists who have already paid their monies to travel to the BVI via ferry service from the neighbouring United States Virgin Islands (USVI).

“The reality is that many of our guests make their travel decisions based on cost and convenience, and this more-so during this COVID-19 era. Coupled with the fact that more than 75% of our guests travel through the USVI, we will see a huge impact on our arrival numbers especially because the period in question is our busiest time,” Penn said.

“Businesses and the travelling community needs some certainty to function, this requires planning on the part of government. Yes, we understand that there will be changes but these changes cannot come hours before the implementation of major decisions taken months earlier,” he further argued.

Confirms there is no real plan

The Opposition Leader said the chain of events confirms what he and other members of the Opposition have been stating over the last few months that the government does not have a comprehensive plan in place.

He said he believes if the government had heeded to the advice presented in the Opposition’s plan to open up the territory in the slower seasonal months of August or September, the government would be in a better position to make better and more informed decisions.

“It would have given us some time to stress-test our protocols and systems and make the necessary adjustments in a less demanding period versus opening in the heart of our tourist season where mistakes are more costly and harder to recover from,” he stated.

“After more than 10 months of dealing with the COVID-19 pandemic, the government lacks a clear, comprehensive and cohesive plan to address the two legs of this pandemic — health and safety, and economics. So the hiccups and constant false-starts we are seeing now are not surprising and all stems from this administration’s lack of planning and kneejerk, reactionary, decision-making,” Penn stated.

Failure of workable plan may force a second stimulus

He further said the lack of a workable plan with the right equilibrium to both protect the lives of residents and livelihoods of local businesses — which he said now virtually on life support — may result in the government having to issue a second round of stimulus cheques.

“The livelihood of these persons is at stake and they can ill-afford these false starts. My support and concern particularly go out to the residents of the sister islands of Jost Van Dyke, Anegada and Virgin Gorda whose livelihoods are particularly wrapped up in tourism. Some of whom, based on this decision, would have lost employment for an entire year. A year without a paycheque and the ability to provide for themselves and their families,” the Opposition Leader stated.

“If the circumstances on the ground don’t improve, it would mean having to provide a second round of stimulus to keep these businesses, their employees and families afloat. If not, many of them will have to make the unfortunate decision to close their doors, which I hope it never has to come to,” he added.

The BVI officially reopened its borders to tourism on December 1, which allows tourists to travel into the territory only via the Terrance B Lettsome International Airport.

The seaport reopening has been delayed till January 21, 2021.