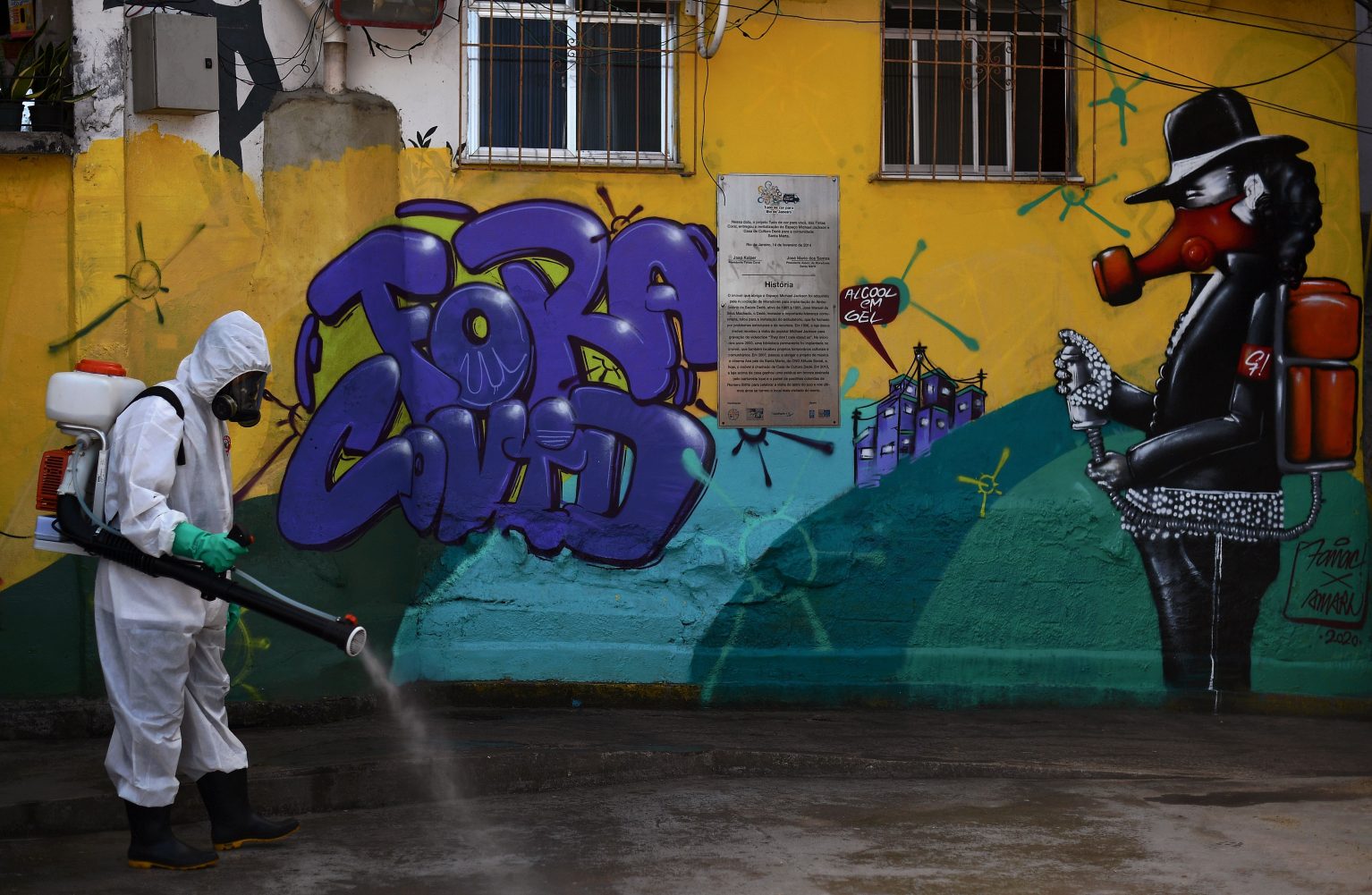 Countries are too rich to access conventional aid, but they can’t cope by themselves.
After ravaging China, Europe, and the United States, the coronavirus is now cutting a swath through Latin America and the Caribbean. In late May, the World Health Organization declared South America “a new epicenter” of the COVID-19 pandemic. Even with numbers on the rise in the United States once more, South America’s situation remains critical.

As of July 31, there were more than 2.6 million recorded cases of the coronavirus in Brazil and more than 400,000 cases each in Mexico and Peru. More people have died in Latin America and the Caribbean from COVID-19 than in the United States and Canada combined. As in other parts of the world, analyses of excess mortality figures indicate that the actual numbers of confirmed cases and deaths directly or indirectly due to COVID-19 are likely many times higher than officially reported figures suggest.

Compounding the health crisis is the region’s looming economic crisis. In late June, the International Monetary Fund forecast that Latin American and the Caribbean’s economy would contract by 9.4 percent in 2020, the largest forecast contraction of any emerging market in the world. Chile and Peru have fiscal positions and precautionary credit lines from the IMF that make them among the most prepared countries in the region to weather the twin health and economic crises ahead, but other countries’ economies are more vulnerable.

Argentina and Ecuador have already defaulted on their debt this year, and Belize and Suriname are close to doing so. Brazil and Mexico have high fiscal deficits, have high external debt levels denominated in dollars, and have experienced significant capital outflows because of COVID-19. Colombia starts in a better position to pay for its immediate economic needs, but its fiscal position will deteriorate if it experiences a prolonged economic and health crisis.

Downward economic pressure and global growth concerns mean that the window has closed for many national governments to access private capital markets. Economic shocks in the region are approaching, albeit at different times for different countries.

Typically, in such scenarios, countries turn to the IMF and multilateral banks. These institutions have so far provided unprecedented support to the region, offering relief for short-term needs. But the potential scale of the economic impact of the pandemic on Latin American and Caribbean countries is so enormous that many analysts suggest that the IMF and multilateral banks cannot afford to lend to every country that needs help.

The region is in a tough spot. Unlike many other low- and middle-income parts of the world, there are few other major funding mechanisms available to most countries in Latin American and in the Caribbean, outside of loans. The vast majority of the world’s nondefense international development assistance flows to sub-Saharan Africa and to South and Southeast Asia, not these countries.

In health, for example, international assistance mostly flows through a few large organizations to fight specific diseases. The Global Fund to Fight AIDS, Tuberculosis, and Malaria disburses more than $4 billion every year to countries with high burdens of those three diseases. The U.S. government allocated around 75 percent of its 2020 $11 billion global health budget to fight the same three diseases.

Much of the $19.3 billion that donors had pledged for low- and middle-income countries to address the health effects of COVID-19 has been funneled through or reprogrammed within existing global health mechanisms, and most countries in the region are ineligible to apply for the bulk of this funding. As of July 31, the Global Fund had approved nearly $610 million of a $1 billion pledge to help countries fight COVID-19, with less than 3 percent designated for countries in Latin America and the Caribbean.

On a per capita GDP basis, most countries in the region are considered too wealthy to qualify for most nondebt forms of development assistance. Countries in Latin America and the Caribbean have low incidences of what are referred to as “priority diseases,” making them further ineligible for funding from the international organizations that fund activities to fight specific communicable diseases. People in the region largely die from noncommunicable diseases like heart disease, not from malaria, HIV, polio, or measles. But such metrics can’t account for a catastrophe like the coronavirus.

The international community should do more to help these countries face the health and economic crises ahead. The United States in particular, as a good neighbor-and a self-interested one-needs the region to weather this storm.

The United States and other advanced economies can take clear steps to help the region. As advanced economies inject stimuluses into their own economies, they should also increase their foreign assistance budgets and provide additional capital to the multilateral banks and the IMF so that these institutions can continue to lend and provide distressed economies lines of credit. This liquidity will help vulnerable economies, not just in Latin America and the Caribbean but worldwide, access the dollars they need to withstand prolonged economic challenges, avoid financial crises, and jump-start their economies, while also strengthening their health systems to fight COVID-19 and other diseases. At the same time, the multilateral banks and IMF should also continue to give countries on the brink of economic collapse the option to renegotiate (and in some exceptional cases, forgive) their debt.

To address the health crisis, donor countries and international organizations should also revisit how they categorize which countries are eligible for concessional loans and other forms of international assistance, giving more attention to subnational level indicators. Donors generally use countries’ national-level data, such as national per capita GDP averages, to calculate assistance eligibility. But this methodology masks significant poverty in many parts of the region, where economic inequality is rife and health systems need more targeted support to fight COVID-19. For example, the northeast Brazilian state of Maranhão has a per capita GDP that is on par with Angola’s. Zimbabwe and Papua New Guinea have higher per capita GDPs than Argentina’s northern Chaco province.

Donors involved with the Salud Mesoamérica Initiative are helping municipalities across southern Mexico and seven countries in Central America to improve maternal and child health by using municipality-level data to determine where to direct aid, for instance. Experts have lauded the program for its results in reducing early maternal and childhood death. It is a good example for how other development programs that target subnational levels can work.

And in addition to funding initiatives that predominantly strengthen health systems in Asia and sub-Saharan Africa, the United States should pay more attention to also funding initiatives that strengthen health systems and bolster regional health coordination in Latin America and the Caribbean. This includes providing more support for activities that strengthen health supply chains and laboratory and disease surveillance systems there as part of the Global Health Security Agenda and the North American Plan for Animal and Pandemic Influenza, initiatives launched during the Obama administration to better prepare countries to detect and fight infectious disease outbreaks.

The World Bank estimates that 53 million people in Latin America and the Caribbean will see their incomes fall below the regional poverty line of $5.50 per day as a result of the health and economic impacts of COVID-19. But advanced economies, and especially the United States, should not wait for these countries to drop to low-income status to provide the help the region needs today. A more prudent decision would be to do more now to help prevent these countries from backsliding in the first place. Global health security and a strong global economy depend on it.
#COVID-19  #Covid  #Coronavirus
Add Comment