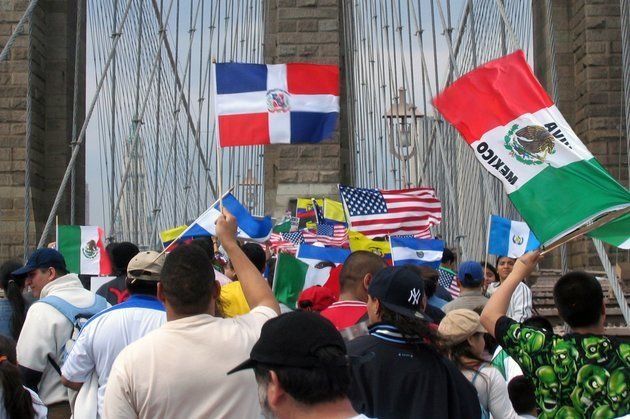 This coming election is not a traditional political campaign but a cultural fight between one candidate, a Republican, who is trying the reenforce the supremacy of the white culture, and the other, a centrist, neoliberal Democrat.
We have to remind oursel that Trump was elected as a backlash to the presidency of Barack Obama, as a big chunk of the white community didn't like having a Black president. From Day One, Trump's agenda has been to destroy everything that was done during the previous administration. This same things has also been happening in some South American countries that had made interesting social advancements, such as in Brazil after Lula/Rousseff with the election of Bolsonaro, and in Colombia with the election of Duque Marquez following Santos.

In the U.S. the real fight has not yet started, and this election just might be what lights the fire. The fight will be to produce a nonviolent cultural revolution that will transform the current white hegemony society into a real multicultural community. That transformation would have repercussions far beyond the U.S. border, and could potentially transform a large part of the world.

We have all seen the atrocious images of Latinx families being separated while under ICE custody, with small children being kept alone in cages. We have also seen how caravans from Central America are being stopped at the Mexican border, placing those migrants at the mercy of local cartels. These actions were taken to show the Latinx community that they are not welcome in the U.S. They were meant to produce fear and demonstrate cultural supremacy. It is the same racist tactics that have been used against Blacks, but now applied to Latinxs.

The biggest hindrance to our fight is the illusion held by some people that Latinos can become "white" and get integrated into this culture of power. That has not and will not happen. For the White-West, it doesn't matter if you are Colombian, Chilean, or Mexican, you speak Spanish (or Portuguese) and that is enough to make you "other."

If we have learnt one thing from the Coronavirus pandemic, it is that the system in the U.S. is different for people of color than for the white community. When adjusted for age, Black and Latinx Americans were more than 3.3 times more likely to die from COVID than their white neighbors.

This presidential campaign should force any American who comes from south of the Mexican border to recognize herself/himself as LATINX. The Blacks understood it very early in their fight and instilled pride in the cultural identity of being BLACK.

It is almost impossible for Biden to win this election without winning the Black and Latinx vote. Biden cannot be expected to unite existing political divisions in the Latinx community between left/right, socialism/capitalim, etc., but in reality those divisions have very little do to with this election. Both major candidates are capitalist, neoliberal, militarist. But one is also clearly antihumanist, antidemocratic, nationalistic, and deeply committed to preserving the dominant white culture. Another four years would further deepen divisions within the country, and poison relations with people around the world.

Just imagine for a minute a "LATINXS for BIDEN" movement uniting millions of Latinx-Americans, from Cuba to Chile, with one and one objective only: to openly confront the issue of discrimination in the U.S. in all its forms. Everything else would fall in place after that. This is not the moment to form small groups like Colombians for Biden or any other subdivisions. Biden doesn't have a specific political project for each country of Latin America and besides,this is not the issue.

This is a crucial moment for Latin-Americans. Do they want their culture to be a subculture of the White-West, or are they instead able to help lead us on a new course, and launch an image of the future that is based on the best qualities and values of their own rich culture? This election is about choosing to go in a new direction, connecting to what people know in their hearts is the only coherent choice for humanity's future. Voting for Biden is just a small step in that incredible journey, but it's an important one to take.
#Covid  #Coronavirus
Add Comment