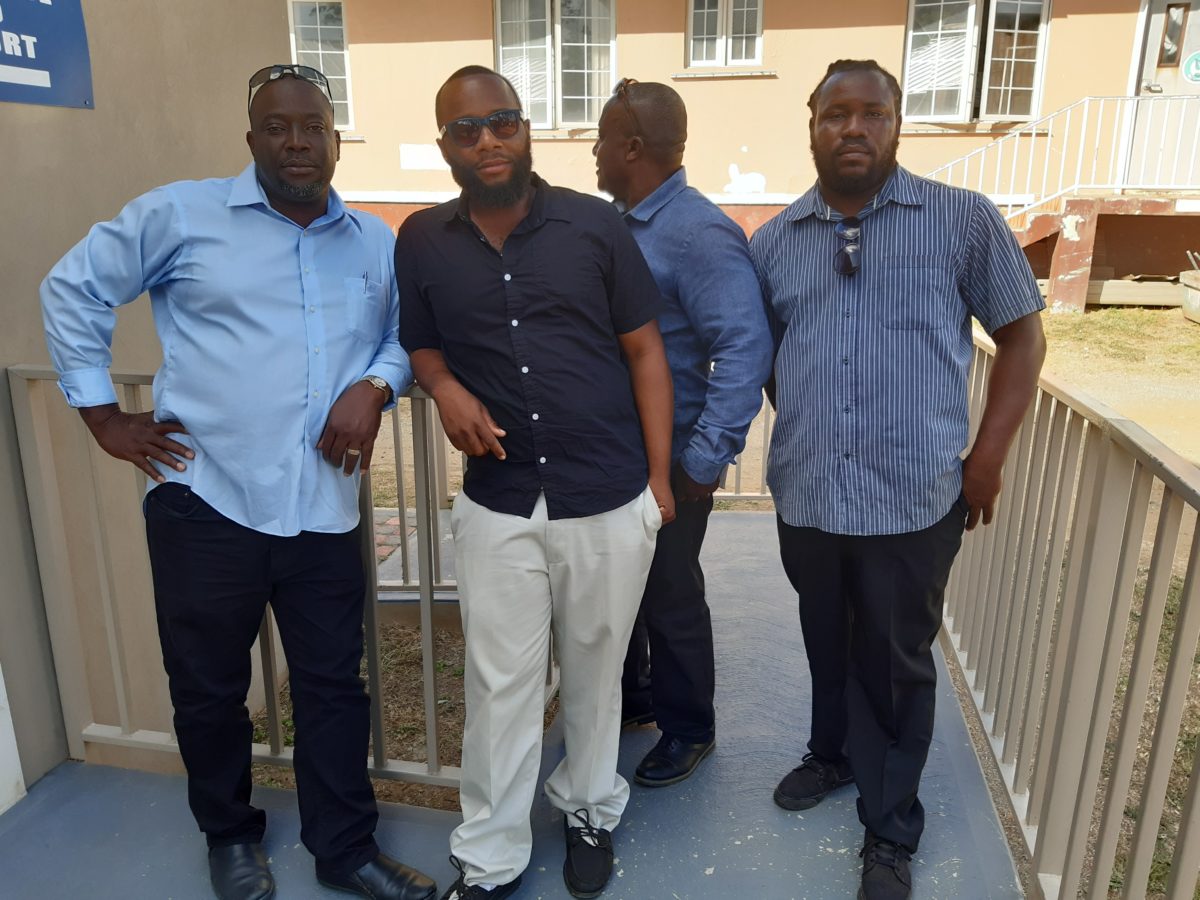 David Straker -one of the four men who has been locked before the court in a drug-related case for the last four years -has raised major concerns about the cost for legal representation in the British Virgin Islands.

“The lawyers here need discipline … Once you go to them, [they say] ‘oh this is a big case!’ This is what we are up against! [My attorney, Marlon] Gordon is the most reasonable lawyer we could find.”

This is why many are locked away

The accused man said he believes the high fees being charged by attorneys in the British Virgin Islands is one of the reasons persons opt not to have any representation when they have brushes with the law.

“That is why so many people in jail. They cannot afford it. That’s what going on in this territory. [They think that] because we got locked up for drugs, we got money. They say drugs got the most money.”

She said she assumed that trials for drug-related matters would cost in the region of $10,000 when they are held at the lower court.

Straker raised the concerns because his case has reached another standstill. The accused man’s attorney who represents him and two others in the said drug matter has fallen ill and has been unable to represent them in the proceedings this week.

The accused men were therefore presented with a question on whether to move forward without their attorney, Gordon. Straker begged the court for some time to seek representation.

“I think you could let us have a good Christmas and a happy New Year,” he told the Magistrate.

Fourth accused man wants his case severed from the rest

As the fourth accused man who has separate legal representation, an application has been made for his case to be severed from Straker and the other two co-accused men.

The application argued that he was being affected because of constant delays in the four year-old-case. The Crown objected to their application.

The court is now set to rule on whether severance will be permitted. Magistrate Richards is scheduled to hand down that decision on December 6.

The four accused men Straker, Donald George, Lindon Chiverton, and Anderson Flax was allegedly caught at sea with 80 kilograms of cocaine more than three years ago. Flax is the only one who has different attorneys from his other three co-accused.
Add Comment