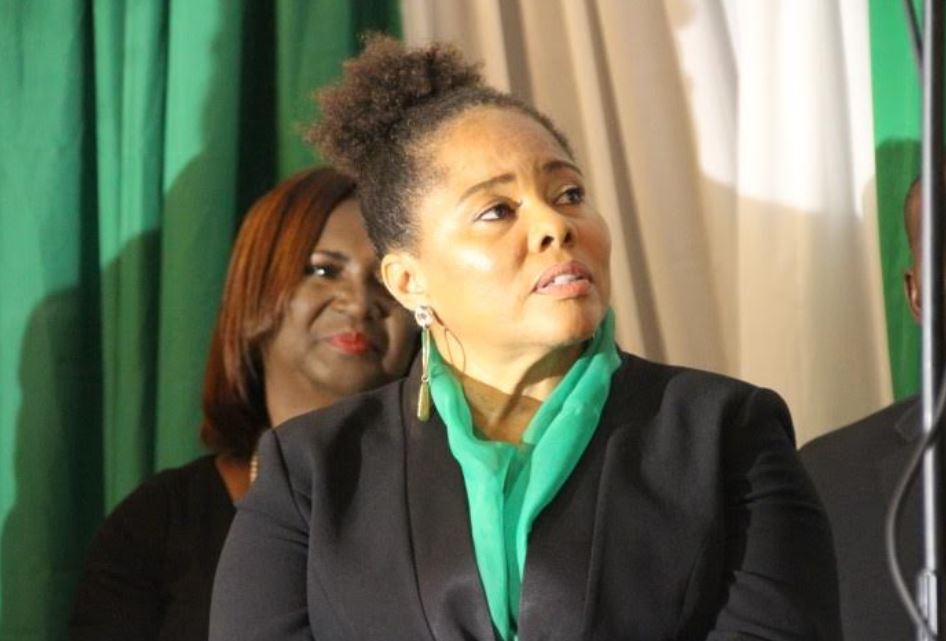 Legislator urges women to stand against discrimination, violence in BVI

Territorial At-Large Representative Shereen Flax-Charles is urging women in the territory to stand up against all forms of discrimination and or violence portrayed against them.

She made the remarks while speaking at the Road Town Methodist Church Hall in recognition of for the International Day for the Elimination of Violence Against Women & Girls on Monday, November 25.

“We (women) have been given an incredible opportunity to refocus our perspectives and ensure that we each as individuals take up the fight for equal standards and justice for our vulnerable,” Flax-Charles said.

She decried incidents in which women suffer from offensive dialogue and actions from males in the workplace. She said this type of abuse and discrimination mostly go unpunished.

“I hear stories especially of women being unfairly treated in the workplace whether it is discrimination keeping them from achieving the heights that they deserve, or a man, appointed to serve the interests of our people instead of being the vile sort of deviant that sexually harasses and assaults his female colleagues.”

“This is truly the most frightening expression of misogyny as it is hard to identify, hard to challenge and hard to report. These instances are most often circumstances where a male colleague, superior or subordinate’s negative behaviour towards you is dismissed as the usual deal,” Flax-Charles said.

Take a charge towards achieving your goals

The government minister further gave a recipe which she said women can use to help to manoeuvre through gender discrimination in the workplace.

“Ladies, when there is no seat for you at the table, you bring one, tell everybody to ‘small up themselves’ and you sit right down … It is all of our duties as women to take up our places of power, and wield the influence that we earn towards a more equitable British Virgin Islands.”

“Every woman has promise and potential, but neither of these can be appropriately realized in the wrong space. That is why success must always begin with an audit. Discover purpose among your strengths and growth among your weaknesses,” Flax-Charles further added.

According to the United Nations’, the theme for this year’s International Day for the Elimination of Violence Against Women is ‘Orange the World: Generation Equality Stands Against Rape’.

It will mark the launch of 16 days of activism that will conclude on December 10 for International Human Rights Day.
Add Comment