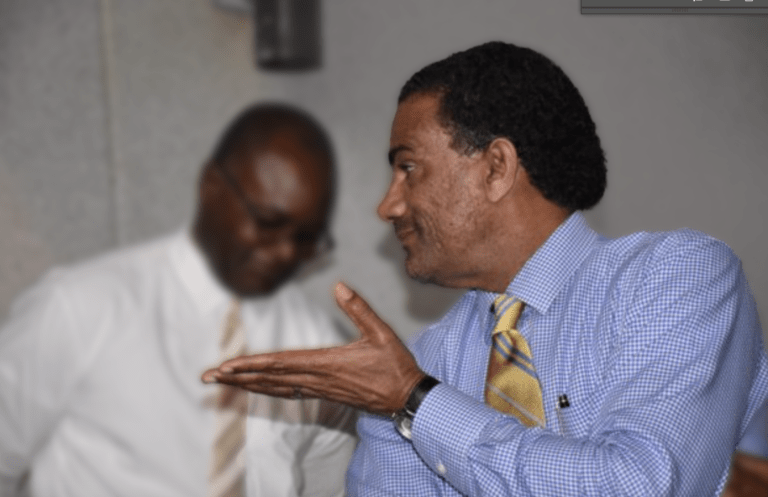 Former Deputy Premier, Dr Kedrick Pickering has argued that legislators were never going to remove the now-disgraced former Premier Andrew Fahie from the House of Assembly (HOA) as they had suggested would happen.

Dr Pickering gave his take on the issue while speaking at a political rally last evening in Virgin Gorda, and referenced a recent statement by Premier Dr Natalio Wheatley that it is unlikely there will be a by-election for the First District since it appears Fahie’s seat won’t be vacated on time.

Fahie currently remains on bond and confined to the home of his two daughters in Miami, Florida pending his January 2023 trial for charges of money laundering and drug smuggling.

“There was never going to be a by-election, there could never have been a by-election election,” Dr Pickering said. “There could only have been an election if the elected representative for the district resigns. If he doesn’t resign, they can’t remove him, don’t mind what you hear.“

“The constitution clearly states how a person can be removed from office – by death, or if that person becomes incapacitated – there’s no other mechanism in this country,” he argued.

While turning his attention to the matter of Fahie’s unexcused absences from the HOA, Dr Pickering suggested that there was no material role for the House Speaker to play which might have prevented Fahie from keeping his House seat.

Standing Orders (rules) of the HOA require that: “A member of the House shall vacate his seat if the member in any one session is absent from the House for more than three consecutive sittings without the written leave of the Speaker.”

During the Fourth Sitting of the Fourth Session of the House in late July, House Speaker Corine George-Massicote said she would not be granting Fahie leave/permission to be absent from any future sittings of the House until his circumstances in the United States change.

By informing the Speaker that he was going to miss a sitting of the HOA, Dr Pickering said Fahie did all he needed to do as the House rules required. “The Speaker can’t determine whether he accepts or she accepts what the reason is. The rules clearly say that you have to inform the Speaker at the appointed time that you are not going to be attending a meeting [of the House],” Dr Pickering argued.