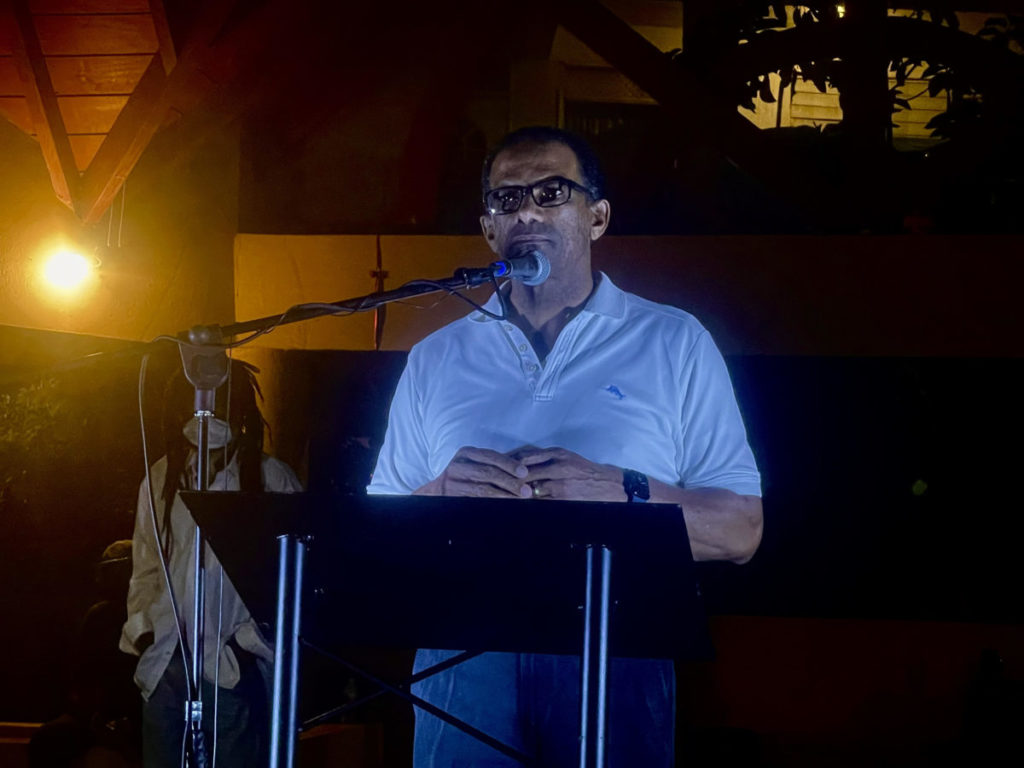 As the proverbial election season knocks on the territory’s doors, former Deputy Premier and immediate past representative of the Seventh Electoral District Dr Kedrick Pickering has announced he is throwing his hat in the ring to contest in the next general election.

“I am standing before you tonight because I have the courage to stand up and tell you I am back. I could have easily gone on Twitter, on Facebook, I could go on the radio station, and I could say I am running in the next election, but I take the courage to stand up on the Stickett in Long Look and talk to you as a man and say, ‘I will be a candidate in the next general election to represent you in the Seventh Electoral District’. And I could guarantee you that I have fire in my belly again. I am ready to roll. I am ready to rock and roll,” the former legislator of two decades stated.

Dr Pickering also made it clear that his defeat to the current Seventh District Representative, Dr Natalio Wheatley made him sit and reflect on what he wants to accomplish in politics.

“You know what you did me? You did me a favour. Over the last three years in my quiet reflection, I have learnt a lot of lessons and I really and truly recognise that when you are doing this politics thing for so long you take things for granted,” Dr Pickering said.

Dr Pickering noted he knows within himself he possesses the tools and technical knowledge to do better and he had to remind himself that he was better than what he showcased during his last term.

“What I did, that was wrong. And I apologise. Anybody who has never made a mistake has never made anything in this life and I obviously made mistakes and whatever those mistakes are I learn a couple of good lessons. And those lessons are going to serve me very well,” he added.

It’s your issues that are important, not mine

The former Seventh District Representative highlighted he did not represent the people the way he could and because of that, he was kicked out of the office.

He admitted he deserved it and now that he has learnt his lesson, he is back and raring to go.

“You know what happened? This is the other lesson I have learnt since all of that has happened. Because in talking to people, I understood this lesson very well. Your issue must be my concern,” he said.

“When you elect me to represent you, it is your issues that I must be concerned with, not mine. I must not come up here and say I go do this and that, but I must listen to you and make sure I understand these are the things that are important to us as a people,” Dr Pickering added.

He mentioned that people expect him to use his voice, his knowledge and his energy to represent them in the House of Assembly and make their lives better.

“I have learnt my lesson and thank you for the licks all you gave me the last time and keep me out of office. I am ready to go again,” he said.