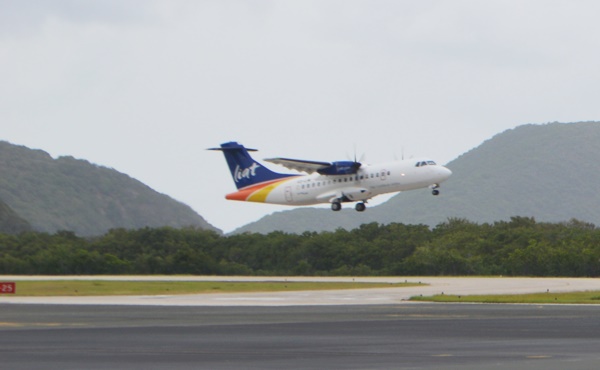 Residents in the British Virgin Islands with credited accounts in the cash-strapped regional airline, LIAT, may soon be able to utilise their credit as plans have been announced to ‘reorganise’ the airline, therefore staving off previously-announced plans to liquidate the company.

This is according to statements from Antigua & Barbuda Prime Minister Gaston Browne, who gave that indication coming out of a virtual meeting with LIAT’s shareholder governments last week.

He said the current agreed plan is to sell three of LIAT’s planes that are charged to the Caribbean Development Bank. The proceeds from that sale will be used to repay or to reduce the airline’s outstanding debt.

According to Browne, once the current plan is executed without fail, LIAT may likely resume flights within two to three months.

“LIAT has seven other planes on the ground here which are leased planes and we will get on to the lessors and enter into some new arrangement with them to continue to lease several of the planes so that LIAT could operate and we are hoping that LIAT could be back in the air within 60 to 90 days,” Browne said.

Leaner LIAT to be profitable

Prime Minister Browne also said that the reorganised LIAT will be much different than a normal restructured entity whereby companies restructure to sustain debt but have no major cuts in expenditure.

“In a reorganised LIAT, creditors will be asked to take a cut up to 100 percent in some instances, but on average about 50 per cent. The staff we expect, a 50 percent reduction in the staff liabilities because if they go to liquidation they will be lucky to get 10 percent,” he said.

“In addition, the government of Antigua and Barbuda will work along with the administrator to raise additional capital so that the new reorganised LIAT (1974) Limited would have the capacity to operate on a sustainable and profitable basis,” he added.

LIAT not out of the woods as yet

In a subsequent interview, Browne said that his country will be moving to appoint the aforementioned administrator, who will have to present to the court within a matter of weeks the plan for the reorganisation of LIAT.

To this end, he said the airline could still face the possibility of being liquidated if parties fail to comply with the intended requests of the plan.

He said: “If the administrator fails to get the haircut from the various creditors, then LIAT will still be faced with liquidation, so the company is not out of the woods as yet.”

“But in essence our challenges have just started but we are not daunted by challenges and we feel confident that we will be able to raise the necessary capital so that we can put LIAT back into the air to have it flying and to restore LIAT to profitability and sustainability, and we will be using every effort in order to ensure that those objectives are achieved,” he explained.

Also developing out of the meeting was the agreement of the Barbados and the St Vincent and the Grenadines governments to sell their shares in LIAT to accommodate the reorganisational plan outlined by Antigua and Barbuda.

According to Browne, both governments agreed to sell their shares for one Eastern Caribbean dollar, which is equivalent to US $0.37.

This move by both governments is an indication that neither were interested in investing in the reorganised LIAT, as the plan outlined by Antigua required all existing shareholder governments to either invest in the company or sell their shares.

Customers still in the dark

Earlier this month LIAT had confirmed on their official website that the company was facing the possibility of being liquidated.

Following that announcement, concerns were raised among stranded customers in the BVI with credited accounts who were left in the dark on how or if they will be refunded their monies owed.

LIAT is yet to announce what measures will be taken going forward, but have asked all customers to continue to monitor their page for all future updates.
Add Comment