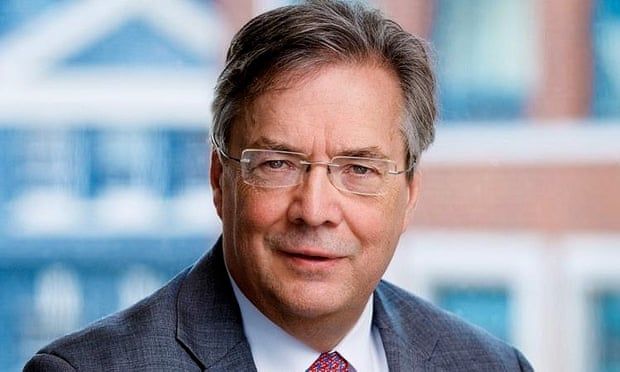 Exclusive: Mark Fullbrook, who co-ran her leadership campaign, also helped win PPE contracts worth £680m for Australian manufacturer
The co-director of Liz Truss’s campaign has been lobbying the UK government on behalf of Libya’s controversial parliament and a company that won the biggest PPE deal of the pandemic through the VIP fast-track lane.

Mark Fullbrook, an ally of Boris Johnson’s former strategist Lynton Crosby, is expected to enter Downing Street as Truss’s chief of staff after working on her campaign this summer.

The political consultant set up his own company, Fullbrook Strategies, this spring and has since been lobbying the UK government. His clients included Libya’s house of representatives, which has twice attempted to overthrow the UN-established government of national unity in Tripoli, and Sante Global, formerly Unispace Health, which was awarded a £680m PPE contract in 2020.

The parliament, which was last elected in 2014, is seen by some as a block on democratic elections in Libya, and is allied to the rival government in the east of the country, which is seeking recognition from the UK and others.

When Libya’s elections were postponed last year, the UK’s diplomatic mission in Libya published a message on its Twitter account saying it continued to recognise the interim government of national unity “as the authority tasked with leading Libya to elections and does not endorse the establishment of parallel governments or institutions”.

Fullbrook Strategies also lobbied this year on behalf of Sante Global, formerly known as Unispace Health, which was one of the biggest beneficiaries of Covid contracts during the pandemic to the tune of £680m, despite having previously been a subsidiary of an Australian office design company.

Unispace was referred to the VIP lane for fast-tracking Covid PPE offers from companies, with the referral disclosed as having come from “GCF Covid-19 Enquiries, mailbox, Cabinet Office”.

In February, the Department for Health said Unispace Health, now Sante Global, had supplied the NHS with £484m worth of items of PPE from April 2020 till December 2021, adding: “We are working with the company on a commercial resolution for the remainder of the contract.” In June, the government said it had “established a contract dissolution team to maximise the value obtained from contracts for personal protective equipment”.

Chris Bryant, Labour MP and chair of the standards committee, said Fullbrook should “come clean on all his financial interests and clients over the last year before he gets into Downing Street”.

A spokesperson for the Truss campaign said: “All commercial clients of Fullbrook Strategies Ltd are declared on the UK Lobbying Register. The company suspended commercial activities on 31 August.”

If he enters No 10 as chief of staff or in another senior advisory role, he would have to declare interests and receive advice from the government’s propriety and ethics team about how to prevent any conflicts. A source on the Truss campaign said Fullbrook did not lobby Truss while she was foreign secretary.

His company’s website now carries a message saying it is no longer operating. However, until recently, it boasted of being “trusted by presidents, prime ministers and leaders of international business across the globe”, while describing Crosby’s C|T Group as a cousin company.

Fullbrook’s biography on the website described him as having advised politicians not just in the UK, “but from South America to Sri Lanka and across much of Africa and the Middle East”.

“Others he has advised range from the former Speaker of the US House of Representatives Newt Gingrich on his successful campaign to win control of the US congress, to Nobel peace prize winner, Lord David Trimble, on the peace process and elections during it … Last year Mark spent significant time on political campaigns in Lebanon and Iraq. He regularly acts as adviser to a number of CEOs of major international businesses.”

If he takes a job in No 10, Fullbrook would be one of the most experienced political brains in the building. Others likely to get top jobs include Ruth Porter, Truss’s joint campaign director, and Adam Jones, her communications director. David Canzini, a former deputy chief of staff, who has previously worked with Fullbrook, could be one of the few former Johnson-era advisers to stay on.
#Boris Johnson  #COVID-19  #Johnson  #Covid

Reebit 37 days ago
Sante Global is owned by the sons of cult leader Bruce Hales - Plymouth Brethren Christian Church, formerly known as Exclusive Brethren - who made several attempts in Canada, New Zealand, Australia to influence conservative political parties, throwing millions of dollars into their lobbying, of which Mark Fullbrook may have profited?
A cult in which paedophilia has happened - and probably still does. A cult that considers anyone not belonging to the cult as abject (unless they are politicians). A cult that destroys families.
A cult a bit too close to a head of a state via their chief of staff.
View all comments (1)Add comment