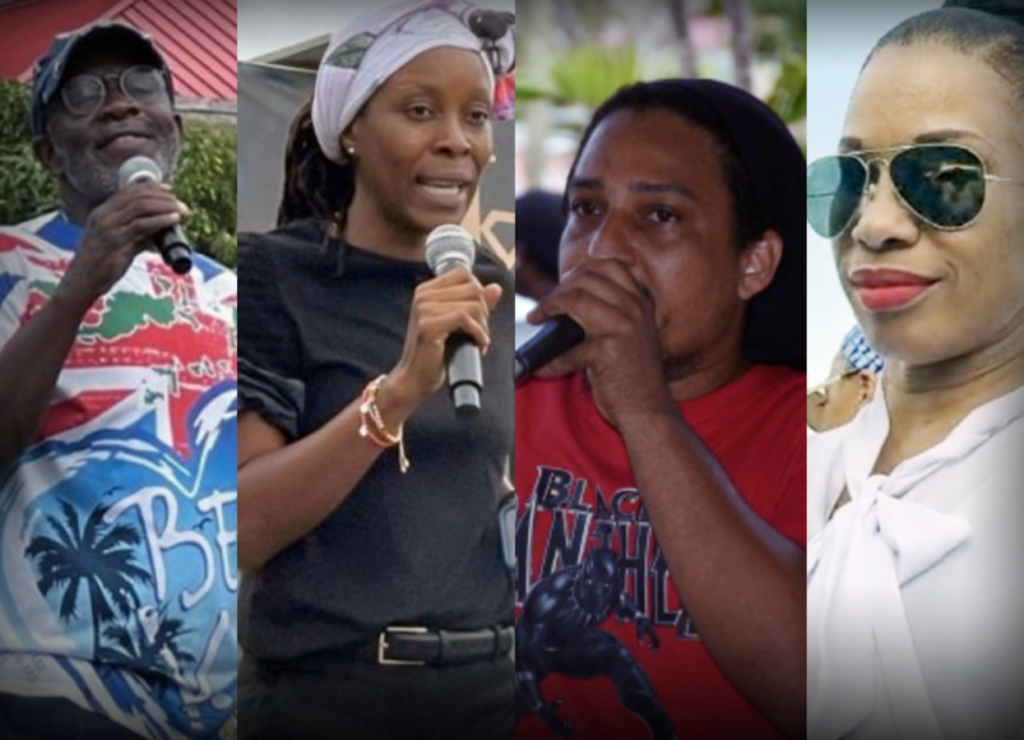 Prominent local political commentators and activists are demanding the resignation or termination of Police Commissioner Mark Collin since the release of the now-viral ‘Policing in Paradise’ video that the top cop described as a recruiting tool for the Royal Virgin Islands Police Force (RVIPF).

Since the video’s release, the Commissioner has issued a written apology for the graphic visuals depicting the territory as a violent and crime-riddled territory. But some locals are refusing to accept his words.

Local clergyman Bishop John Cline demanded the Commissioner’s resignation on national radio today. He expressed his distaste for Collins’ use of local police officers in the video.

“To use them to promote this dirty act is wrong. The governor knew about this because he had to give permission for them to get videos of cases still under investigation. The British, what they can’t control they destroy, and we will not allow them to destroy our country. What I am glad about is that the people are now seeing, what they couldn’t see before that the UK has no good intentions towards these Virgin Islands,” Cline said.

“The governor needs to categorically deny and put out a counter video promoting the BVI. He is not only here to look out for the UK’s interest, but also to look out for our interest as well and if you can’t look out for the best interest of the BVI then he does not need to be here either and he needs to work to repair the damage done under his watch and the people he is responsible for,” the bishop added.

Cindy Rosan, who has been critical of how the UK has dealt with security in the past, has expressed the same sentiments as Bishop Cline. She told BVI News she received the video yesterday and all she felt was rage.

She further criticised Collins’ rational that video in circulation was an incomplete production which he shared with a small group of RVIPF officers for feedback.

“I was so angry that a video like this could surface. I see the Commissioner put out an apology last night and the apology is unacceptable. Don’t get me wrong, I get on with the Commissioner but unfortunately, it speaks to his competency that he could even think that video could be shared with his colleagues for consideration. That video should not see the light of day,” Rosan said.

“When you sit back and think about the drug trafficking in the BVI for the last decade, say 10 years; the drug busts have been really police officers. So, if I was to make an analysis, I feel the UK is running a drug racket through the BVI. The governor is over the police force. So, I don’t know what to make of all of this. Unfortunately, I feel I want to see the resignation of the police commissioner. The video was unacceptable,” she added.

Crabbe: ‘Collins has been exposed’

Amberley Crabbe, a political activist who was a key organiser in the anti-UK rule protests in May, strongly condemned Collins and demanded his termination immediately.

“I don’t think anyone would accept any less than the resignation of the Police Commissioner or the firing of the Police Commissioner. When I saw the video initially, it reminded me of the UK media house following the arrest of our former Premier, painting the BVI where all these corruptions happen. Seeing that video then and this video now, it carries the same message, attacks our economy and our territory and it was very disturbing and shame on the Commissioner of Police,” Crabbe said.

Crabbe also claimed the video speaks to Collins’ view of the Virgin Islands people and reiterated that he was wrong for allowing the production of the disturbing clip.

“The commissioner is wrong, and he has been exposed and we do not want him among our people. He has exposed his officers. You have put your people at risk, he is not a good commissioner. He needs to go, and we will accept nothing less. We want his resignation, or we need him to be fired,” she said.

Heritage: ‘Shame on the Governor too’

Tola Radio VI talkshow host, Floyd ‘Heritage’ Burnett, condemned both the top cop and Governor Rankin for the production and publication of the video.

“Shame on the Governor as well. If the Governor is aware, dash them both away. That is an insult. It proves that a lot of these things are not just accidents or coincidences. They are planning different strategies against the people,” Heritage said.

The Office of the Governor has issued no statements regarding the matter.