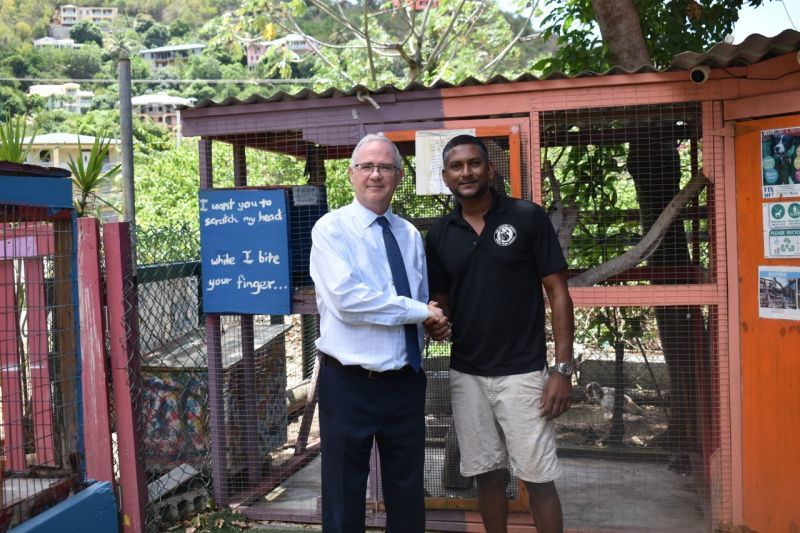 VI- Shelter Manager at the BVI Humane Society in Johnson’s Ghut, Mr Manog Bissoondutt aka ‘Vijay’ is the Territory’s newest recipient of an Honourary MBE from Her Majesty The Queen for his contributions to animal welfare.

According to a Government Information Service (GIS) press release, Mr Bissoondutt joined the Humane Society at the age of 16 in 1995, some 27 years ago, working to help support then Shelter Manager, Tessa Gunter. After Ms Gunter’s death in 2013, he stepped into the role of Shelter Manager.

The animal shelter consistently runs at maximum capacity and relies on fundraising events through the year to survive.

The shelter looks after a variety of animals that often arrive unwanted, abandoned and mistreated. Under very difficult circumstances, Mr Bissoondutt is said to have demonstrated a high level of compassion and care to these animals, and to those owners that have been forced to surrender them. 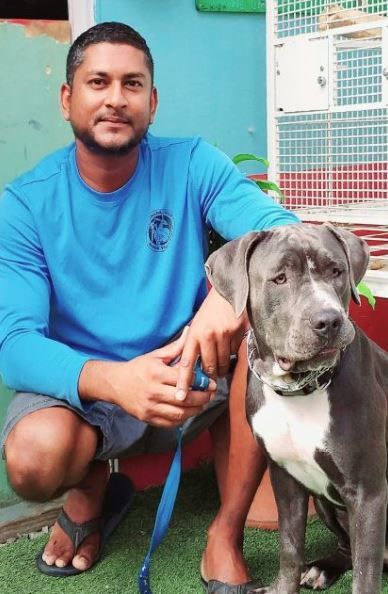 Mr Bissoondutt also spends his time educating the wider community on the importance of animal welfare. This includes mentoring students from local schools who volunteer at the shelter as community service.

His Excellency Governor John Rankin, CMG, said: “In a profession where you see a high turnover of shelter workers due to compassion fatigue, Vijay’s 27 years of outstanding service to the Territory’s abandoned and abused animals is testament to his unwavering dedication. Vijay works tirelessly for the unwanted animals and is frequently the first person people call to rescue an animal or try to save their own.”

Governor Rankin also said running an animal shelter is a selfless and, at times, a heart-breaking job.

“This award rightfully recognises his outstanding achievements and unparalleled service to the Virgin Islands. It also helps shine a much-needed spotlight on the importance of animal welfare in the Territory.”

In his response, Mr Bissoondutt said he feels honoured to have received the award, adding, “Working with animals in the BVI is extremely challenging but very rewarding all at the same time. I didn’t get here myself though, and I would like to recognise the two other workers at the Humane Society, as well as all our wonderful volunteers and the wider community who rally together to help support and save the lives of so many animals in the Virgin Islands.”

Her Majesty The Queen’s Honours are awarded to individuals in recognition of their outstanding achievements. Members of the Most Excellent Order of the British Empire (MBE) are honoured based on achievements or service which is outstanding in its field, has delivered sustained and real impact, and which stands out as an example to others. 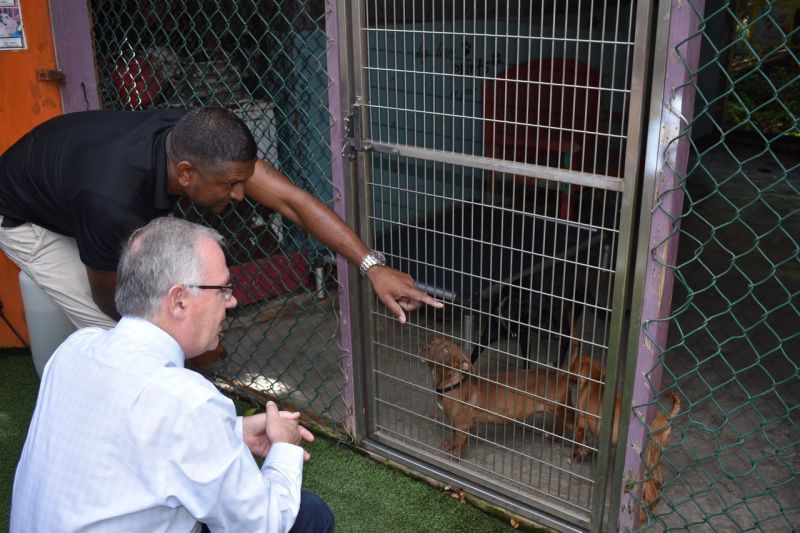 According to Governor John J. Rankin, CMG (right), Mr Manog Bissoondutt aka ‘Vijay’ works tirelessly for the unwanted animals and is frequently the first person people call to rescue an animal or try to save their own.