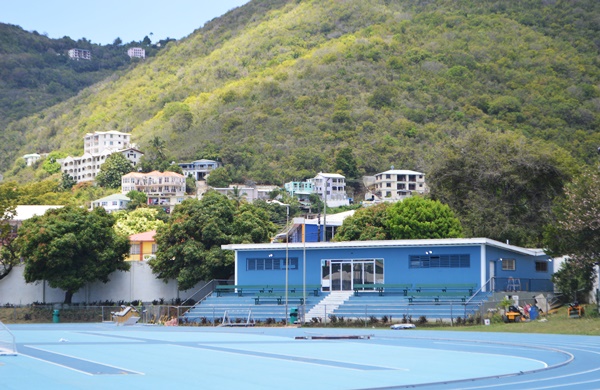 The Recovery & Development Agency (RDA) has awarded two contracts with a combined value of more than $850,000 to two local companies for repair work to the AO Shirley Recreation Grounds in Road Town.

A media release from the RDA confirmed that CW General Maintenance, and Caribbean Environmental Restoration Limited, which are both owned by businessman and coach Cliff Williams, were each awarded $575,437.50 and $284,795.64 contracts, respectively.

CW General Maintenance is tasked with the responsibility of designing, supplying and installing stadium lighting across the facility. Caribbean Environmental Restoration Limited, in the meantime, will be repairing the grandstand, gym and sickbay at the grounds.

Williams was the only applicant to submit tenders for both procurement opportunities.

Meanwhile, President of the BVI Athletics Association Steve Augustine said he was pleased that works will finally begin on the sporting facility.

“This year we are looking at the possibility of doing something greater on the track and therefore our seating capacity comes into play,” Augustine stated.

“This is a much-needed project, a long-overdue project, but the timing is good. We are thankful, we are grateful, and we intend to utilize every square inch of what is going to be repaired,” he added.

Also present at the signing was Sports Minister Dr Natalio Wheatley. He said the lighting when completed will provide athletes with more available time on the field especially during the winter season.

He further said that while the works to the grandstand will provide more seating, it will also address safety concerns for persons who decide to frequent that area.

The RDA has so far completed multiple rehabilitation projects on the AO Shirley Recreation Grounds. These include repairs to the track, the facility’s bathrooms, wall and gates, drainage network, and the internal trackside fence.

The next project set to be tendered shortly is repair works to the sporting facility’s pavilion.