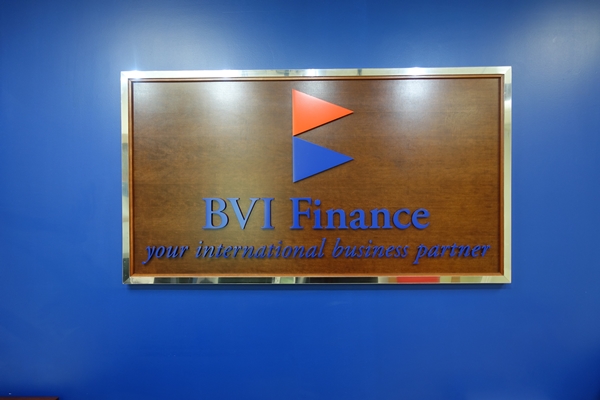 BVI Finance CEO Elise Donovan has posited that the financial services industry remains ‘very active and busy’ despite the setbacks COVID-19 has brought to the territory’s main economic pillar.
Speaking in a recent interview with 284 Media, Donovan said the industry has not experienced a 20 to 30 percent decline that global industry experts predicted earlier in this year.

“At the beginning of March, we checked with the industry and there was a prediction that there would be a severe impact, maybe about 20 to 30 percent. Coming now in the fourth quarter of the year, we can say that prediction hasn’t really borne out and a large percent of the industry is reporting that they are very busy, they’re very active and the industry itself is very buoyant. That is very encouraging for us,” Donovan explained.

During the 2021 budget presentation on November 12, Premier Andrew Fahie said the BVI’s earnings from registering corporations in the territory dropped to $168.9 million in 2020. This amount is $29.8 million or 15 percent lower than what was earned in 2019.

Registering companies is a major sector within the BVI’s financial services sector. But Donovan said figures such as these do not paint an accurate picture of the entire industry.

“Of course there are certain figures that are down but figures don’t tell the whole story as far as economic activity. There are certain sectors such as restructuring, insolvency - we’re seeing them having more activity but certainly, the industry continues to be very busy and active,” Donovan stated.

She added that under normal economic conditions, the BVI financial services industry contributes some 62 percent of government revenue.

But since the passage of the 2017 hurricanes, decline in tourism revenue and the onset of the COVI-19 pandemic, Donovan said financial services has gained even more prominence.

“It’s probably in the range of 80 plus percent of government revenue. Everything that the government is doing - whether it’s roads, whether it’s sewerage - all the things the Premier outlined in the budget address would be coming from the financial services industry in large part,” Donovan revealed.