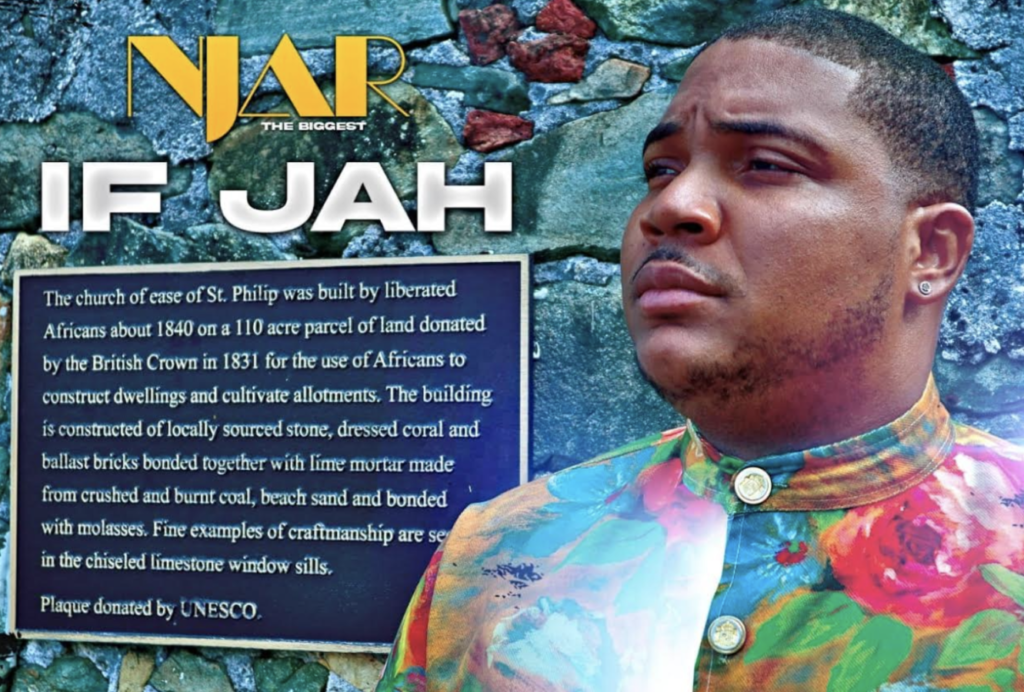 Local musician Glendon ‘Njar’ Lamothe is making waves on multpile international streaming platforms after releasing his latest single, ‘If Jah’ which has racked up almost 800 streams since being released on August 8.

“The song is performing really well. The public is really eating up the song because it is a song where you can feel that this is not an easy road. I feel like the public really connects to the words, it is something that any and everybody can relate to because for a lot of the people in the BVI this is their reality,” the recording artiste told BVI News.

“For me, I release all my music on Apple, Soundcloud and Amazon and all over the place but I feel like a lot of people are really using iTunes to stream music and I would encourage all young artistes to try to get their music at least on iTunes where you can get paid for your music,” he added.

Njar also said his single was inspired by the COVID-19 pandemic, which has placed several families across the territory in unfortunate situations they are now hoping to overcome.

“Basically the situation that COVID-19 put everybody in really inspired the song and it is basically saying regardless of the COVID-19, you got to put your best foot forward and ‘If Jah’ is standing by your side, any and everything is possible. That’s the basic concept of the song,” he stated.

“If you are unemployed, trust in that man above and He will give you a job. If you are going through mental stress, go to that man and that man going to relieve you of your pain and your stress because without that man above, we are nothing.”

Support needed to push more artists in the BVI

He said local support can assist in propelling their careers to what he described as the next level.

“We have to do a better job of supporting these artistes because when these artistes go abroad and get any sort of international or regional recognition then the BVI looks good. It is very expensive to do music, to record music, shoot videos, to go to the other islands and promote it,” Njar admitted.

“Support is needed from the people and from the powers at be like the government and senior people in different organisations because it takes a lot of money to get you out there and sometimes all these artistes need is connections other than the financial support, and a push to go after their dreams,” he explained.

Use local artistes to market the BVI

Njar further urged the government and the relevant authorities to use artistes to help to market the BVI’s tourism product.

“Start using some of their music in the tourism campaign, start incorporating some artistses with the tourism brand in the BVI. Artistes will give your country endless promotion because artistes are some of the most visible people and when people see artistes from different countries, they tend to inquire about the culture, where they’re from and what’s popping in their homeland,” he stated.

Meanwhile, Njar said persons can soon look forward to the music video for ‘If Jah’. He said he believes the video will be inspiring and will tell the story that best represents about 40 percent of the BVI’s population.

He also said he is working on another project with other artistes. The ‘If Jah’ singer said he hopes to release more material soon.

Njar’s other musical releases include singles such as ‘The Time is Now’, ‘Drip of Success’ and his most streamed song to date, ‘See Flowers’, which features well-known Jamaican dancehall artiste, Demarco.