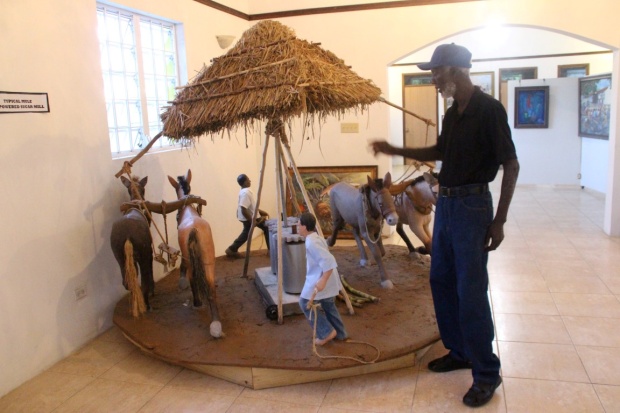 Locally-owned cultural museum reopens after being thrashed by 2017 hurricanes

By Esther Durand, BVI News Staff After more than two years of painstaking labour, the Jenesis Studios is once again reopen; offering the same authentic cultural experience to the public.

Owner of Jenesis Studio and former Speaker of the BVI Legislative Council Reuben Vanterpool told BVI News on Monday that reopening the facility was essential to the tourism offering of the territory.

He continued: “If you don’t know who you are, you could drift, so we think it is significant to have that sense of origin both for our locals and our visitors. It is also unique, and I am told that over and over again; it is an experience that people haven’t had elsewhere.”

More than $50K in hurricane damage

Meanwhile, Vanterpool said the family-owned business sustained significant losses as a result of the 2017 hurricanes.

“It looked like a lot of rubble,” he stated while recalling the ill-fated weather events.

He explained that the gift shop that was previously constructed in wood had to be rebuilt in concrete; the roof, windows and doors of the gallery/museum had to be replaced; and his prize artwork and exhibits which were also affected had to be fixed.

Vanterpool stated that repairs started shortly after the hurricane and cost roughly $55,000.

While the business’ doors are now open, the formal reopening of the Great Mountain-based establishment is slated for some time in the new year.
Add Comment