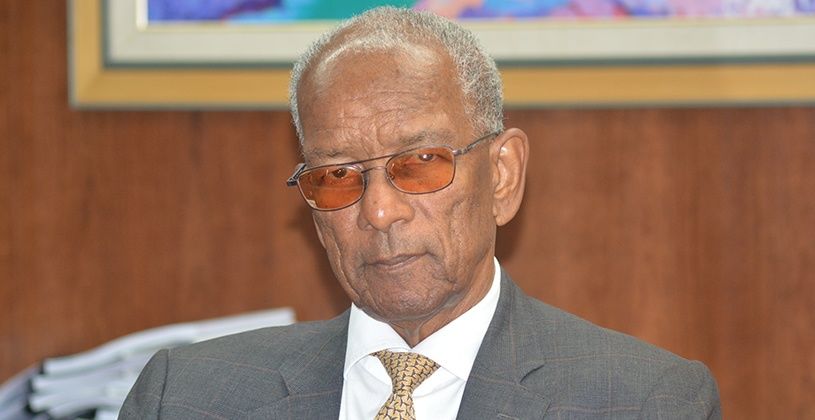 Former Premier and Minister for Finance Dr. D. Orlando Smith said essentially if he was given a second chance to redo the failed BVI Airways deal, he would push for more commitment from the BVI Airways operatives.
That failed deal has been one of the biggest scandals to ever hit the National Democratic Party (NDP) under Dr. Smith’s tenure as Premier. The BVI lost $7 million to the airline that was supposed to facilitate direct flights from the US to the BVI, a move that would benefit the territory’s financial services and tourism industries, but that never happened.

Addressing the Commission of Inquiry (CoI) yesterday, September 27, the former Premier was asked by Counsel to the CoI Mr. Bilal Rawat what he would have done differently in relation to the matter.

In response, he said: “First of all, as I said earlier, the investment was a good idea but a greater commitment as opposed to saying commercially reasonable where we were influenced by Mr. Lester Hyman. Something more direct that would ensure that they had a liability which was what the Attorney General was asking.”

He added: “But as I explained earlier, Mr. Hyman was a trusted representative for us. The Financial Secretary considered the opinions of other lawyers, and then he agreed to go with that position. Unfortunately, we were at that point, but because of all that and because of all the duplicity involved, it was necessary for us to engage Mr. Martin Kenny to try to recover the monies that were spent.”

Mr. Hyman, a US attorney worked for the BVI Government for more than 30 years and had been the one who made the introduction between the BVI Airways operatives and the Government of the Virgin Islands.

In the meantime, Dr. Smith was also questioned on the reason why former Financial Secretary Mr. Neil Smith was not permitted to travel to Fort Lauderdale U.S. to personally peruse the financial records of the BVI Airways Airline.

“Could you just help with why he wasn’t allowed to go to Fort Lauderdale?” Mr. Rawat asked him.

Dr. Smith replied: “From my recollection, this happened after the payment of the $2 million. At that point I needed somebody independent.”

He said this is the reason why he asked one of the Directors and when that didn’t pan out, he asked another man named “Mr. Forte”.

The former Premier said this was after he asked Mr. Ryan Geleuk of BDO to write to the BVI Airways for the financial records because he was supposed to be receiving them as a Director.

“He wrote the company but did not get a response, and that is when I instructed Mr. Forte to work with me, and among the things he also did was look at the records of the company, which he said was far from eloquent.”

Commissioner Sir Gary Hickinbottom then asked Dr. Smith: “The criticism really is that the records weren’t looked at even when we have evidence, there was an offer to the BVI Government to go to Florida to go see the records, but the records were not looked at once the records were sent by the operators, and they were patently inadequate. And you said even after things had gone wrong and Mr. Forte went to look the accounts were inadequate then. Unfortunately, in terms of governance, not very good.”

Smith replied: “Not very good, but what I would say is what we were trying to get the service started, and hence we put forward the $2 million at the end fully expecting to get the service. When this did not happen, we said let's engage Mr. Forte to look at the records but also to see if there was some way possible to work with them to continue the operation and have flights.”

During his evidence last Friday, Neil Smith said, his advice to travel to Fort Lauderdale to examine the financial statements was reportedly ignored by the former Premier.

Based on the failed BVI Airways project and other projects, current Premier and Minister of Finance, Hon. Andrew Fahie has gone as far as to label the NDP administration as the most corrupt government in modern history. He has promised to pursue legal action against those responsible for the $7M fiasco.
#Commission of Inquiry  #the Virgin Islands  #Hickinbottom  #Fahie  #CoI
Add Comment