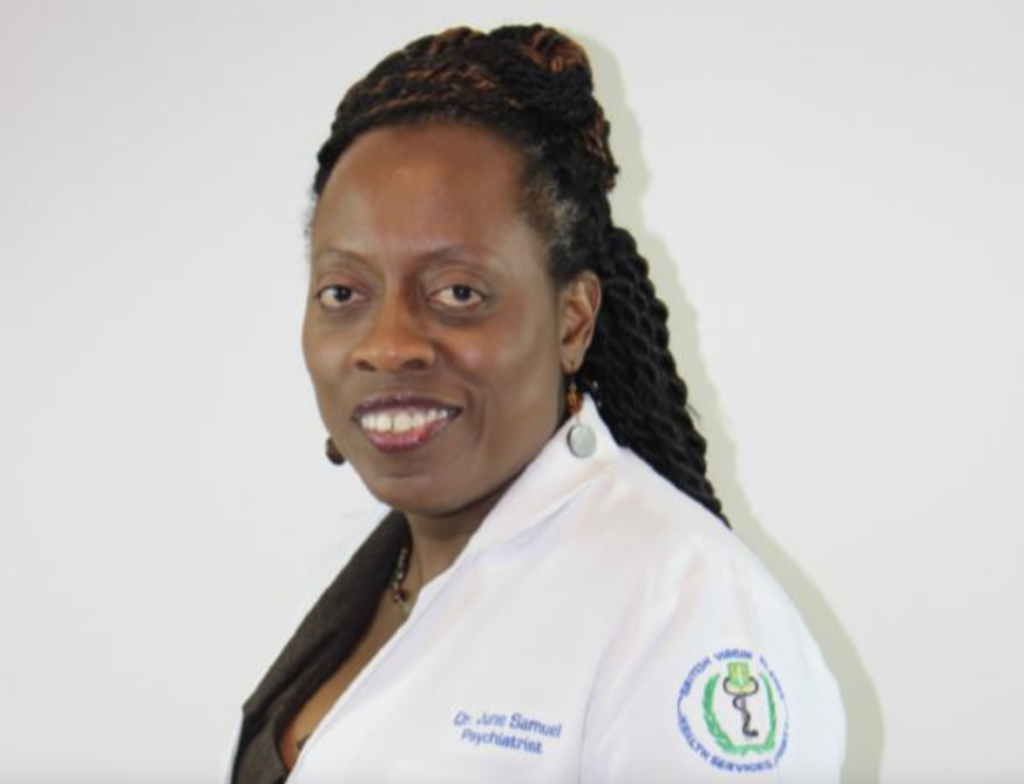 With the Alzheimer disease continuing to impact many residents in the BVI, Vice President of the Virgin Islands Alzheimer’s Association, Dr June Samuel is reminding relatives about symptoms to be aware of to ensure their loved ones get early medical attention.

Dr Samuel outlined the symptoms in a recent interview on the Real Talk programme with host Karia Christopher.

She said while most persons usually recognise memory loss as a symptom of Alzheimer’s, there exist many other key symptoms that can be overlooked.

“Many years before you may start to notice depression, changes in their personality, and then some five years later relatives would notice that persons are having memory loss. They’re repeating themselves asking the same questions over and over. They have difficulties remembering where they’ve placed things. You may notice them being more irritable and then they have difficulties with basic everyday functioning,” Dr Samuel explained.

Dr Samuel, who is also a psychiatrist, pointed to three stages of the disease — early, middle and late. She said each stage presents different levels of symptoms that someone with the disease may exhibit.

“Persons may even be looking in the mirror, and this is something that a lot of relatives relate to and because they don’t recognise themselves, because their memory isn’t working. Then they may think that persons are in the house, so then they break the mirrors,” she explained.

“[They may also experience] difficulties ,of course, with things like dressing themselves, taking care of their families and if you’re diagnosed during the time that you’re still working, in the workplace you may notice persons are not as organised as usual, they seem more confused, they seem as if they’re having just challenges functioning as they would normally function in their workplace,” she further said.

Try to convince those with symptoms to see a doctor

Dr Samuel said that once symptoms have been observed, it is important to ensure that the affected person gets medical help as quickly as possible before their condition worsens.

She said that persons are usually reluctant to seek the necessary help. She further proposed ways relatives or loved ones can use to convince the impacted person to see a doctor.

“One of the things I usually suggest to family members [is to find] who the person talks to that can convince them to do something, because essentially what you want to do is to get them to the doctor. So the person may be one of the kids that can get the parent to do anything that you ask them to do. It may be a friend or another family member,” Dr Samuel stated.

She continued: “Have them talk about what’s happening and what you’re trying to do which is to convince them to go to the doctor — that is assuming that the spouse themselves is unable to convince them in some way.”

In addition to the person physically going to the doctor, Dr Samuel also revealed that there is a system in place locally where it can be organised to have doctors provide home visits to conduct the necessary assessments.

The assessment by the doctor is covered by the National Health Insurance (NHI).