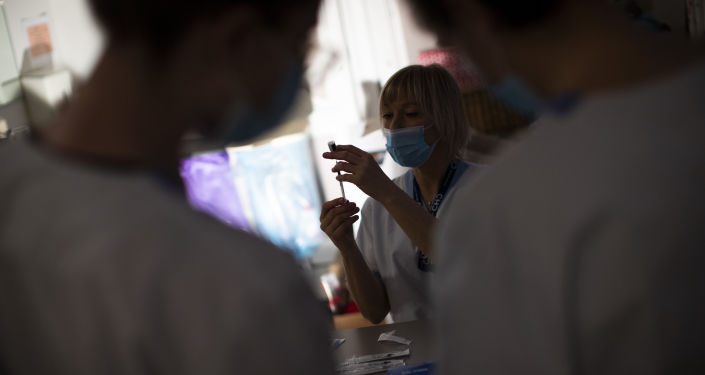 To date, around 400,000 people in Hong Kong and nearly 38,000 Macau residents have been inoculated with the Chinese drug Sinovac and the BioNTech/Pfizer vaccine. The development comes after the recent suspension of the AstraZeneca Vaccine in multiple European countries.
The distributor of the Pfizer/BioNTech coronavirus vaccine for the greater China region, Fosun Pharma, has requested the governments of Hong Kong and Macau to "immediately" suspend the use of vaccine lot number 210102 due to defects found in the vials' caps, a statement published by the Macau government on Wednesday reads.

Although Fosun Pharma stated there was no reason to doubt the product's safety and to recall the 210102 batch, the company is going to investigate possible packaging defects for the sake of caution. According to the company's statement, the BioNTech/Pfizer vials of vaccines, produced in Germany, must be taken out of circulation before the investigation has been done.

Macau's Health Bureau said on Wednesday, citing Fosun's statement, that the main problem with the packaging was the vial's aluminium caps some of which might be loose, thus affecting the vaccine. According to the Health Bureau, when the distributor deals with the issue, the authorities will continue to inoculate the populace with the Pfizer/BioNTech vaccine.