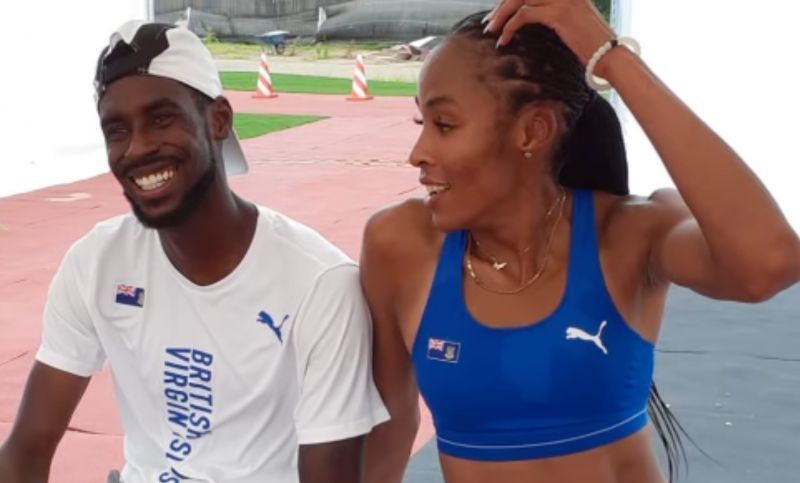 Virgin Islands' Olympians Chantel E. Malone and Kyron A. McMaster will both be aiming to become the first athlete in the Virgin Islands to medal at the Olympic Games when they contest their respective finals at the National Stadium in Tokyo, Japan tonight, August 2, 2021, Virgin Islands' time.

Both athletes hold the distinction of becoming the first to reach an Olympic final for the VI.

Malone will reach for Gold in the Women's Long Jump A finals tonight at 9:50 pm.

Malone finished 3rd in Group B Qualification to secure an automatic qualifier to the finals.

An equally impressive McMaster, after winning his Semi-Final race in the 400m Hurdles in Tokyo, Japan on August 1, 2021, will be going for Gold at 11:20 pm.

Both VI athletes will be in the same stadium competing for Gold on the same evening in what is being regarded as historic for the territory.

Ahead of the run, McMaster, commenting on his performance in the Semi-Finals, said he kept his usual routine to prepare for the race with the aim of securing his spot in the finals.

Mission to secure a spot in finals achieved - McMaster

“Once we got in the race we agreed it was just to advance to the finals, that's all it was, a run to get into the finals and after the race obviously, we accomplished that goal.

“We achieved it how we wanted to achieve it so now it's just to rest, get the body tuned up, get ready for the finals on Tuesday,” he said.

For the finals, McMaster said he is depending on his coach to be the guide regarding his plans to take on the finals ahead of the actual run.

“I'm asking coach everything… should I eat dinner now? Should I do this, should I do that? Everything is on coach now,” he said jokingly.

No emotions ahead of finals

In terms of emotions, McMaster says he is practising restraint from feeling any and leaving his family, friends and fans back home to experience that for him.

“I'm not letting my body feel too many emotions, the goal is not finished yet. I’ll let my family and friends feel the emotion for me right now but we're on the home stretch and just to complete the race by getting on the line and giving our best and we see what happens after that,” he said.

Coach Lennox Graham said the semi-finals went well with Malone getting a good lane; however, he noted that the finals will be a more aggressive run, given that the semi-final was only a run for the position and not for the time.

According to Graham, having both VI athletes make the final cut at the Games is historic for the territory.

“I'm extremely happy about this, it’s historic, we've had a historic day for the BVI, first and second ever Olympic finalist and it all happened within the same day.”

“So it's very exciting for us to be a part of and now we're going to take it one step further and get in that final and try to give it our best!” he said.

The finals can be viewed locally on Cable TV and on SportsMax, the Official Olympic Broadcaster in the Caribbean and via the SportsMax Olympic portal here. 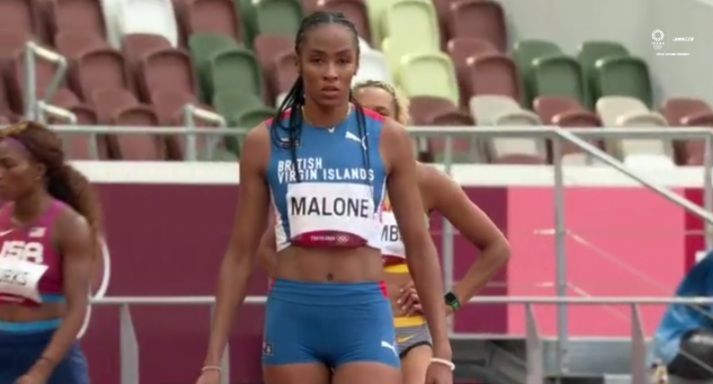 After stunning local fans by becoming the first BVI Olympian to reach an Olympic Finals, Chantel E. Malone will reach for Gold in the Woman Long Jump A finals tonight at 9:50 pm. 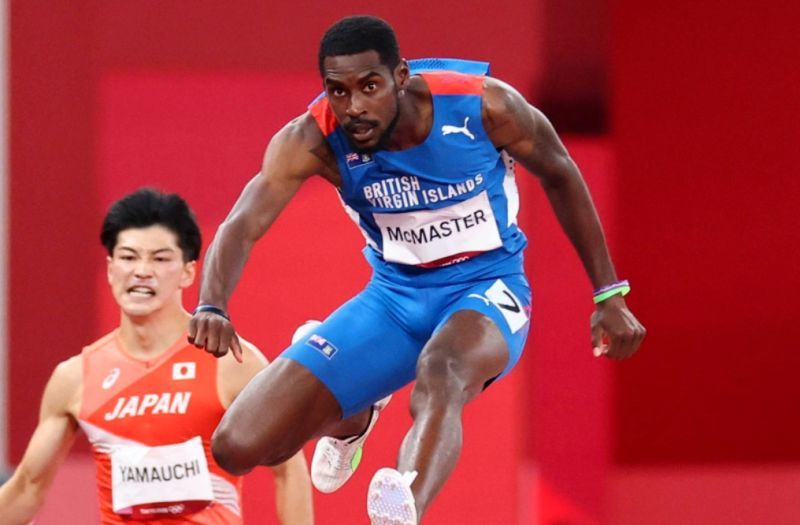 An equally impressive Myron A. McMaster after winning his semi-final race in the 400m Hurdles in Tokyo, Japan on August 1, 2021, will also take on the Gold tight at 11:20 pm.