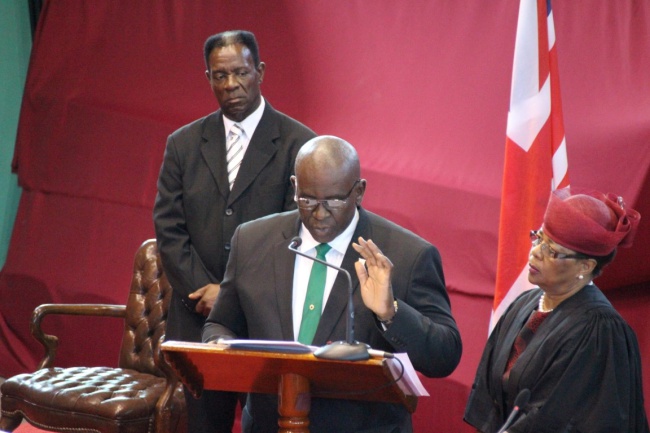 Malone undecided on whether to contest next general election

Territorial At-Large Representative Carvin Malone said he has not made a definite decision on whether he will contest the next general election which is constitutionally due before May of next year.
Speaking at a press conference yesterday evening, Malone explained that his decision will ultimately depend on what the people want when he does his assessment.

He also explained that his indecision does not dependent on whether the former Premier of the territory, Andrew Fahie is acquitted of the drug trafficking and money laundering charges that he’s facing in the United States.

“It has absolutely nothing to do with that,” Malone said.

Meanwhile, Malone argued that the current government of national unity has largely ignored the cries from the people, and he believes Virgin Islanders’ call for a general election should not be ignored.

“One of the views that I have expressed recently is that the views of the public calling for consideration for a general election, must be seriously considered. It cannot be overlooked, and I think I hold fast to that, and it is one in which I will continue to hold fast,” Malone added.

The former Minister for Health & Social Development also noted he is yet to decide what party he will represent in Opposition. Malone noted that despite not resigning from the Virgin Islands Party (VIP), the party still encompasses one section of the current government.

“At the end of the day, I must see exactly what is required. I have not resigned from the VIP. I have crossed the floor, yes. If I must go in as a temporary independent member, I will,” he said.